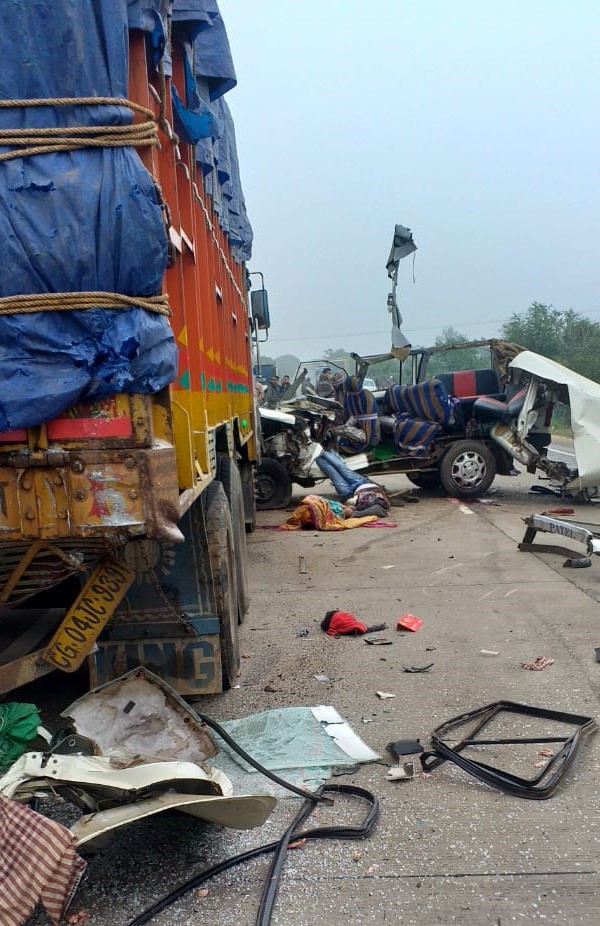 Bolangir/ Puintala: Three persons died and four others were injured critically after a Bolero car they were travelling in ran into a stationary truck at a place near Banabahal on Bolangir-Sonepur National Highway-57 in the wee hours of Sunday.

The deceased have been identified as Tej Barik, Shakuntala Sahu and Pabitra Sahu of Ghumer village under Patnagarh tehsil in Bolangir district.

According to a source, the Bolero carrying ten labourers was heading towards a brick kiln at a time when a thick blanket of fog had reduced visibility to near zero. Unable to see the stationary truck, the fast-moving Bolero driver rammed into it leading to the incident, said a source. Tej Barik and Shakuntala Sahu died on the spot.

The impact of the collision was so intense that the van turned into a virtual pile of scrap and bodies were beyond recognition.

On being informed police reached the spot and with the help of local people, rescued the injured ones and rushed them to Tarabha government hospital. While undergoing treatment, Pabitra Sahu succumbed to his injuries. The condition of the driver of the vehicle and other three occupants are yet to be ascertained.

The cops are investigating the matter.