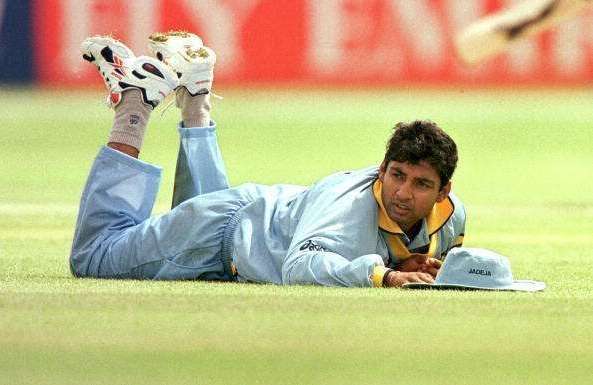 Born 1 February 1971, as soon as Jadeja’s name comes up, match-fixing stains surface. Jadeja played cricket for India for almost eight years, though his career could have been longer if he had not been involved in match-fixing. The whole episode ended his cricketing career.

Jadeja’s cricket career stained when he got caught in match fixing. In the year 2000, he was alleged to have links with bookies. A five-year ban was imposed. In January 2003, Delhi High Court granted clean chit and also allowed him to play domestic and international cricket.

Then he tried his luck in Hindi film industry with Khel and Pal Pal Dil Ke Saath.

Jadeja was a contestant on the celebrity dance show Jhalak Dikhhla Jaa in its first season. He also appeared on the TV show Comedy Circus.

He did a cameo in Abhishek Kapoor’s film Kai Po Che! acting as himself in a cricket commentator role.