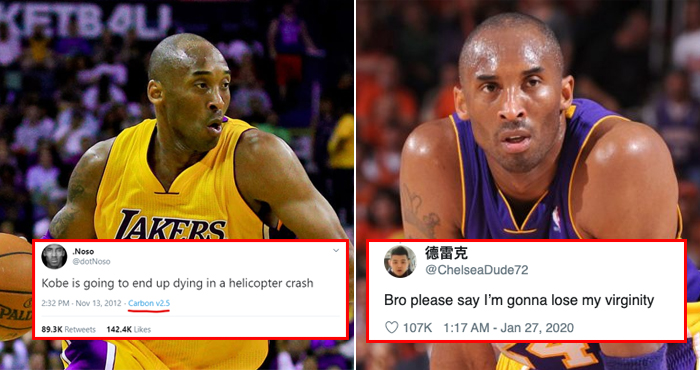 The death of the American basketball legend Kobe Bryant and his 13-year-old daughter Gianna Maria Onore Bryant has sent shockwaves across the world with millions of his fans mourning the basketball legend’s untimely and shocking death.

Kobe was regarded as one of the greatest basketball players of all time. He was coaching his 13-year old daughter Gianna, who was also an aspiring Basketball player. The father-daughter duo was heading towards the Mamba Sports Academy in Los Angeles. 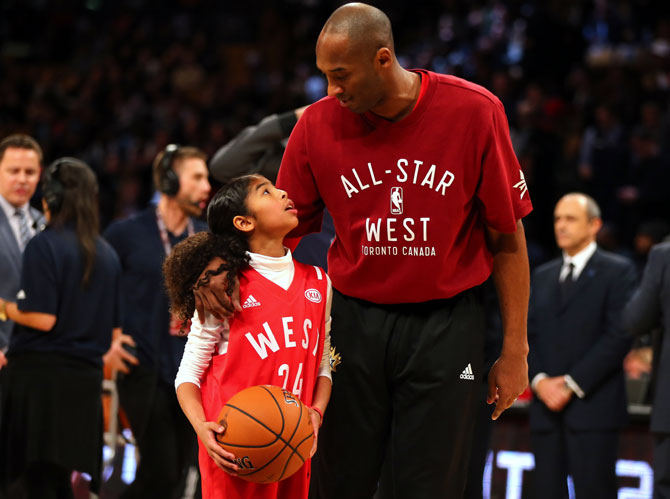 The death news of Kobe is as shocking as a Tweet from 2012 by a random user which is going crazily viral on Twitter.

Well, a Twitter user with the username “@dotnoso” had posted about the death of Basketball legend’s death dying in a helicopter crash on November 14, 2012. Yes, eight years ago, this guy predicted that Kobe will be dying due to a helicopter crash. An eight years after Kobe Bryant lost his life in the same way. He wrote:

“Kobe is going to end up dying in a helicopter crash.”

Kobe is going to end up dying in a helicopter crash

After the death of Kobe, the Twitter user even apologized for his Tweet. However, the biggest question is — is this Tweet real or fake? Well, many think that the Tweet is fake, many believe that it is real as Twitter’s API doesn’t allow you to change the date of the tweets.

Meanwhile, this tweet has gone insanely viral and is making everyone go nuts. Twitterati came up with hilarious reactions on the Tweet requesting the Twitter user to predict some of their wishes.

This shitpost is going viral.

Ayy bro can you delete this real quick so he comes back pic.twitter.com/yOTqil3r2T

can u tell me when i’ll finally be happy again

Will trabzonspor be the champion this year ?