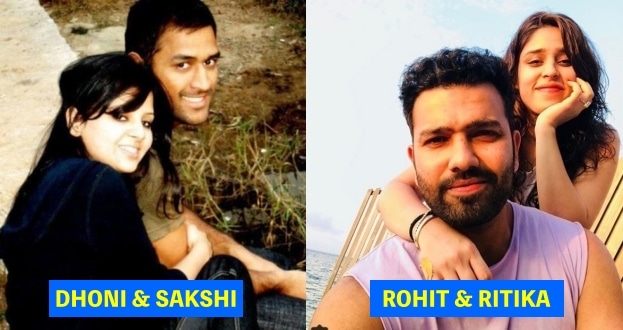 We have always taken a keen interest about the love life of the favorite celebs and cricketers . They get along with each other and look amazing .

But when it comes to the fans getting married to their favorite cricketer , it sounds much more amazing .

Today we are here with the story of the love tale of cricketers and their fans after which they tied knot .

The famous cricketer Rohit Sharma also known as the hitman for his great form . Ritika Sajdeh was his manager and also a great and huge fan of Rohit’s . He fell in love with her and they tied knot in the year 2015.

The former skipper of Indian squad , Dhoni who is the famous one in the history of cricket . Sakshi was a fan of Dhoni and he met her incidentally at Taj Bengal hotel in 2007 and after that they got married 4th July 2010 in Dehradun.

The God of Cricket , Sachin has taken Cricket to another level and has set those standards which are remarkable . Anjali is a doctor by profession and 6 years old than her better half and when she met him , she didn’t know anything about the game . Post their dating , Anjali took interest in Cricket and became a huge fan of Sachin Tendulkar . They tied knot on 24th May 1995.

Mansoor Ali Khan Pataudi has served the nation as the youngest captain of Indian Cricket team .Actress Sharmila Tagore was the fan of his . They tied knot in the year 1969 . This was the first ever Cricket and Bollywood connection .