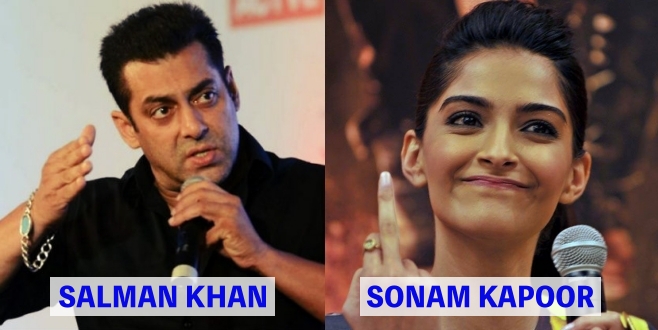 In India, B-town celebrities are idolized like no one else. We copy fashion statements of our favourite B-town stars, take inspiration from them and even follow their personalities. Also, most of us want to know about their lifestyle, their habits, their day-to-day activities.

We look up Bollywood stars because they seem to be perfect, but some stars at the peak of their career, forget their roots, and tend to show arrogant and aggressive behaviour. They often forget that they are popular because common people have showered love on them.

Here is a list 10 most arrogant and ill mannered celebrities of Bollywood who have entered the hate club due to their alleged rude and arrogant nature.

The former Miss World may be one of the most gorgeous B-town actresses but not everything about about this diva is perfect. You will shocked to know that she has the largest number of hate forums in India.

If you have noticed her public appearances, then you must be familiar with her non-stop giggles which to the extent can sometimes become intolerable. Not to forget that she is also labelled as “plastic” beauty by her co-stars. No wonder, all these alleged negative traits have landed her with no friends in Bollywood.

Bhaijaan of Bollywood has a huge fan following in India and is also known to launch new faces in Bollywood. Well, he is a star who is religiously followed, but what many people do not about him is that he destroys the careers of those who dare to go against him, Vivek Oberoi being a living breathing example. And the controversy with Arijit Singh?

The amount of fear that Salman commands became so stringently clear, it is a shame that the industry is completely at his command, which is perhaps why he gets away with numerous crimes like murder and poaching, along with several cases against Being Human.

Kareena or Bebo is rumored to throw tantrums. Sources say she always keeps tabs on fellow Bollywood celebrities. Her filmy career may not be doing well but she is always in news due to her haughty attitude.

From dumping Shahid Kapoor to insulting Bipasha Basu and many other actresses, her comments have been considered derogatory. Not many people in the industry speak well about her and even thrash her due to her ostentatious display of words.

This gorgeous actress from the yesteryears is also rumoured to be a big snob and gets irritated on being asked questions concerning her ex-flame Amitabh Bachchan. Even the media had to suffer the wrath of this veteran actress so many times.

Her affair with Amitabh Bachchan, alleged marriage with Vinod Mehra and suicide of her husband Mukesh Agrawal has put her name into a lot of public backlashes. People might flatter her on being timeless beauty, but she is surely one of the most hated celebrities in B-town.

According to a report on 9XM during the screening of Akshay Kumar’s Singh Is Bliing at Chandan Cinema in Juhu- Mumbai, the Airlift actor was huddled by crazy fans on reaching the venue. When a few fans playfully pat his back, he yelled at his bodyguard asking him how they had the audacity to cross the line in his presence.

While he was heading towards his car, he also allegedly pushed a sardar fan while he was trying to get close to him. He had also slapped a fan on the sets of Gabbar is Back.

She is one of the few actresses who is allegedly known for throwing the most tantrum in Bollywood. Reportedly, the Dirty Politics actor keeps canning every scene till the time she does not feel it is fine which creates nuisance for the entire crew.

As per a report, while shooting for an item song for the movie Bin Bulaye Baraat, she firmly refused to shoot the song along with Gulshan Grover, Rajpal Yadav, Om Puri and Johny Lever even when they were not dancing with her!

The queen of television may be the most successful television producer of all times, but she is known to be extremely dominant when it comes to creative control in her shows and many of those who have worked with her refuse to do so again, which is their own loss ultimately considering her ever growing success.

I have seen and heard of countless instances where it has been proven that he is practically the most arrogant person in the industry, despite the many flops he has recently been giving. So much so, it is said that he brags about his movies months before their release and goes right out and asks people to buy tickets for the movies in advance.

He, for some reason believes himself to be the best Bollywood critic. Also, worst of it all, who can forget what he did to Ashutosh Gowariker in a now infamous award show and in the same show, he also notoriously commented on ‘Neeraj Pandey’s clothes.

It has been quite a while since he delivered a hit, but he has been living off the fame he achieved long back, and has been throwing tantrums, ego and rudeness which has lead to him becoming a laughing stock in almost every show.

Even before he was slapped by SRK and punched by Sanjay Dutt, Farah Khan’s husband was quite unpopular in the Bollywood circuit for his arrogant nature.  In fact, his lack of friends was a huge reason behind the Industry’s hasty dismissal of ‘Joker’, despite his Jaan-e-Mann being a good enough film.