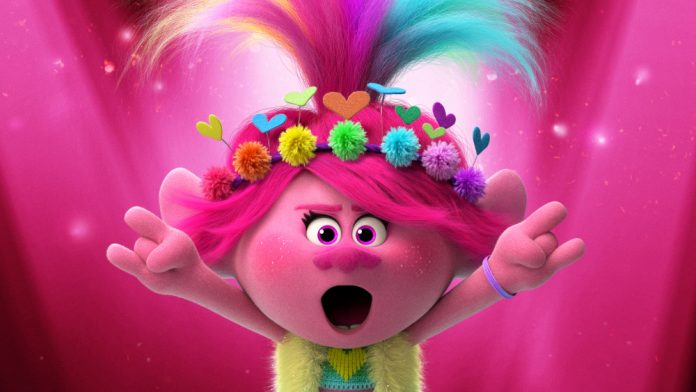 Theater owners aren’t exactly looking forward to seeing Trolls World Tour. The animated sequel starring Justin Timberlake was going to come out next month, but with theaters across the world closed, the musical is going straight to VOD. Universal is claiming it’s going to theaters and digital, but in reality, it’s going to digital. Theaters aren’t happy about it.

Universal is the Outlier

Major releases, such as No Time to Die, Fast & Furious 9, Mulan, and Black Widow, have been postponed. Those movies are too expensive to go to streaming, although who knows, maybe we could see a studio experiment and see how a mega-expensive movie performs on streaming in the coming months. Keep in mind, Trolls World Tour was not a cheap movie to produce.

As John Fithian, the chief of the National Association of Theatre Owners (NATO), told The Hollywood Reporter, unlike Universal most studios are supporting theaters with their new release plans:

For all the movies that had been scheduled for release during April and May, every other distributor announced delays to later times. But they still intend to release those delayed movies theatrically…But all of the movies with originally planned release dates in April and May, with the one exception of Trolls, will be released later theatrically, with full theatrical windows. All those other studios demonstrated their belief that the theatrical model is still essential to their business, they just had to delay release dates because of the virus.

Trolls World Tour would’ve brought a lot of business to theaters considering the first movie was a hit. Whenever movie theaters reopen, a movie such as Trolls would’ve helped families return to theaters. Because of this, as Fithian continued, theater owners aren’t happy about Universal’s decision, and they won’t forget it, either:

Only Universal, and only on Trolls, did one studio skip the theatrical model and go straight to the home. Universal continues to advertise to consumers that Trolls will be released simultaneously to theaters and the home on April 10. And they are lying to consumers. Universal knows that theaters will still be closed on April 10, so unlike every other distributor who must simply delay their releases in that time period, but still understand that theatrical release is essential to their business model, Universal on Trolls didn’t make that decision. Exhibitors will not forget this.”

At the end of the day, Universal owns Trolls World Tour, not movie theaters. During these times, as hurtful and selfish as their decision is, it’s their movie. The studio is within their right to release the movie however they see fit. Plus, it’ll make the kids stuck at home happy and distracted for an hour and a half. There’s a huge opportunity there. While Universal’s decision is selfish, their business is most likely hurting too. Maybe a huge streaming hit is something the studio needs right now. It’s disrespectful to theaters, especially at this time, but again, it’s their movie. They paid for it, made it, and should release it however they see best. Clearly, streaming is what’s best for them right now. Understandably, it’s an unpopular decision and, yes, a bit of a slap in the face to theaters. They’re not wrong to be mad.