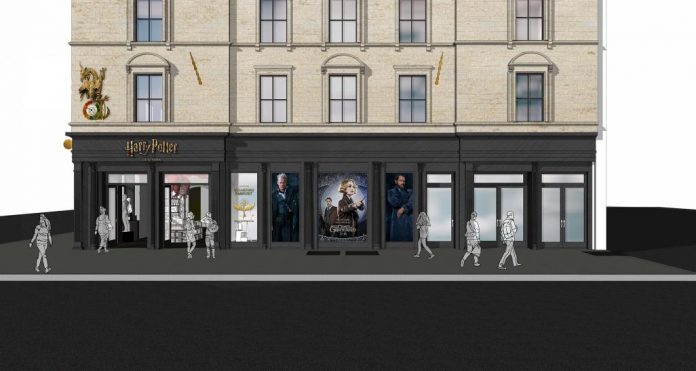 A 20,000 square foot Harry Potter store will house magical goods of all kinds in the franchise’s first flagship location. Right now several Harry Potter stores are open around the world, including a small storefront in London’s King’s Cross-St. Pancras station—where Harry and his friends board the Hogwarts Express on Platform 9 3/4 each fall.

A store this big, though, has never been done before. The new flagship location will boast goods from the Harry Potter world, including its spinoff series Fantastic Beasts and Where To Find Them, which is supposed to begin production on its third installment this spring with a projected release in 2021.

The store is likely to be Instagrammable—this is 2020, after all.

The store will also boast interactive experiences and photo opportunities for fans to take advantage of, though details on what that means have yet to be announced.

In London’s King’s Cross store, customers can line up to take a picture with a cart full of luggage protruding from the wall, as if they’re on the way to Hogwarts themselves through the magical entryway in the wall.

The franchise has been raking in cash for its creator J.K. Rowling and Warner Brothers, the company that owns the franchise, for decades now. The books alone have sold more than 500 million copies worldwide in dozens of languages, and the film franchises have grossed over $9 billion dollars worldwide.

While a flagship store in 2020 may seem a bit late considering the fact that the height of the franchise’s popularity was back when its films were still coming to theaters. But as it continues to churn out films, and fans pass on their love for the franchise to a new generation, Harry Potter’s potential of going obsolete seems as unlikely as the potential of Star Wars becoming irrelevant.

That is to say, both Warner Bros. and J.K. Rowling are likely to continue milking every last dollar out of it for the foreseeable future.