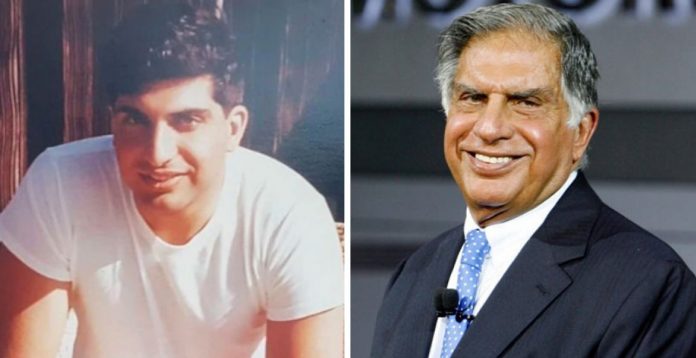 New Delhi: One of the most respected industrialists of the country Ratan Tata has recently said that he had once fallen in love and ‘almost got married’ while he was working in Los Angeles as a college graduate. He has said made this confession while speaking to popular Facebook page ‘Humans of Bombay’.

The interview of the iconic Ratan Tata will be a three-part series. In the course of the discussion Ratan Tata has opened up about life after his parents’ divorce, growing up with his grandmother, the values she taught him, studying at Cornell University, falling in love and why the relationship eventually fell apart.

Ratan Tata has said that he and brother had a happy childhood. Yes there were some problems, but those had been easily overcome. Ratan Tata’s parents, Naval and Sooni Tata, divorced when he was 10. He was raised by his grandmother, Navajbai.

The Chairman Emeritus of Tata Sons spoke about the values his grandmother instilled in him.

“I still remember, after WW2, she took my brother and I for summer holidays to London. It was there that the values were really hammered in,” he said. She’d tell us, ‘don’t say this’ or ‘keep quiet about that’ and that’s where, ‘dignity above everything else’ really got embedded in our minds,” Ratan Tata has been quoted as saying.

Ratan Tata also spoke about the differences he had with his father. “I wanted to go to college in the US, he insisted on the UK. I wanted to be an architect, he insisted on me becoming an engineer,” revealed the industrialist. However, he finally got admitted to the Cornell University in the US, thanks to his grandmother. After graduating with a degree in architecture he took up a job in Los Angeles, where he worked for two years.

“It was a great time – the weather was beautiful, I had my own car and I loved my job,” Ratan Tata turned nostalgic.

It was then he ‘fell in love and almost got married’. However, he made the decision to move back to India as his grandmother was not keeping well, thinking that the woman he loved would also move to India with him. “But because of the 1962 Indo-China war her parents weren’t okay with her making the move anymore, and the relationship fell apart,” revealed Ratan Tata.

Best New Rap Music To Have On Your Radar