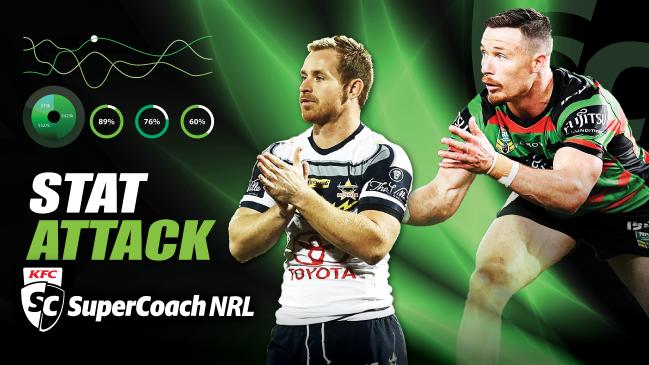 With our exclusive package you get the extra data to help you save time making those big selection decisions that will show up your mates and earn you bragging rights on Gameday and it’s all integrated throughout your KFC SuperCoach experience.

Once you have SuperCoach stats you can delve back into the previous year’s figures to help you select the perfect squad to take into round one of 2020.

Or you can do what I’ve done below, and just unleash your inner NRL nerd to reveal a host of interesting numbers from the 2019 season.

Watch the 2020 NRL Telstra Premiership on KAYO. Every game of every round LIVE & Ad-Break Free during play. New to Kayo? Get your 14-day free trial & start streaming instantly >

With two points on offer for a hitup over eight metres as opposed to one point for a run that fails to his that mark SuperCoaches need to look past how many runs a player makes and check how efficient they are with their runs. Big Warriors winger Ken Maumalo topped the tally of hit-ups over eight metres last year while a trio of front row monsters sit atop the dais for efficiency.

Most hit-ups over eight metres

KFC SuperCoach Stats: Select the package that’s right for you

ALL POTATOES NO MEAT

Penrith recruit Zane Tetevano scored 702 points playing for the roosters in 2019, of which 99% came in base with 401 tackles, 352 in hit-ups and just four tackle busts for eight points

ALL MEAT NO POTATOES

This will shock no one but Latrell Mitchell ‘tops’ our tally here scoring just 26% of his points from base stats in 2019. he may have departed my Roosters but I’ll defend Latrell till the day I die, he may appear lazy but he is efficient so don’t read too much into this one.

It is also worth noting that Mitchell has close company on this table with Shaun Johnson and Kalyn Ponga both scoring just 27% of their points in base stats.

All three players listed above scored a decent percentage of their points from the kicking tee so for completeness I’d note that Cody Walker was the leading non-goalkicker in this area scoring just 29% of his points in base.

And for completeness here are some of the percentages of other notable players: Tom Trbojevic (34%), James Tedesco (35%) and Jarrod Croker on (36%).

If ‘Lazy’ Latrell scores big points with little work then these men work hard for their money. Very hard …

Special mention to Canterbury Bulldog Will Hopoate, the only back to make the top-100 for total base: 917 points (340 tackles (less 29 missed tackles) and 606 in hit-ups). He may not be big, but Mitchell Moses is one slippery Eel. Picture: Mark Metcalfe/Getty ImagesSource:Getty Images

HE’S GOT SPIDERS ON HIM

Mitchell Moses is the unlikely leader when it comes to efficiency in this area (minimum 15 games) busting 59% of attempted tackles from 82 total runs.

Tips.com.au has launched. Australia’s newest and biggest footy tipping game. It’s a fun, free-to-play game, where everyone can play. Be sure to register before the footy season starts. Start your own comp today and register at Tips.com.au

Peta Hiku was the most ineffective offloader (minimum 15 attempts) throwing eight offloads that hit the turf before a teammate from 18 attempts with Viliame Kikau and Jordan McLean close behind in the wasteful stakes (both had seven misses from 16 attempts).

For the record, the most offloads thrown by any player in the past seven years was the 82 Andrew Fifita managed in 2018 while Bryce ‘Carty Party’ Cartwright threw 77 in 2016. 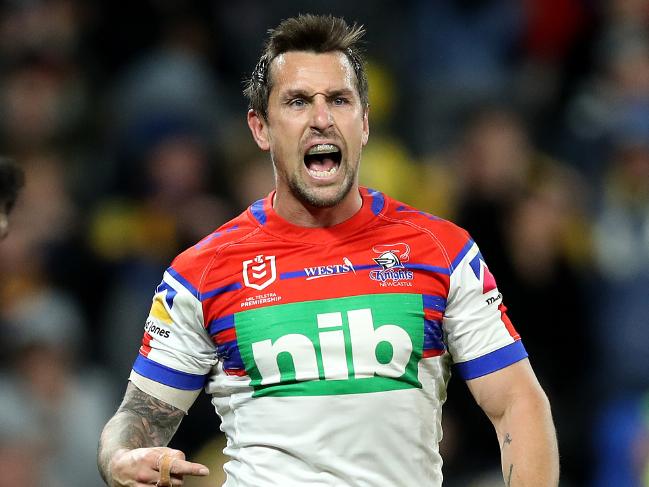 Boasting a game leading combination of errors, penalties and points lost for kicking the ball dead these three players are SuperCoach killers at times. David Fifita of the Broncos during the Round 24 NRL match between the Brisbane Broncos and the Parramatta Eels at Suncorp Stadium in Brisbane, Friday, August 30, 2019. (AAP Image/Dave Hunt) NO ARCHIVING, EDITORIAL USE ONLYSource:AAP

David Fifita had the best record of any player with over 1,000 points giving away just 15 negative points (-6 in Errors; -6 in Penalties; -3 in Kick Dead) while scoring 1242 points in 1289 minutes – for reference that’s an incredible one error in every 5.4 full 80-minute matches). Also a special mention to the following players who played big minutes but gave away just one penalty: Campbell Graham (1925 minutes), James Tedesco (1677 minutes) and Corey Oates (1667 minutes). Corey Alen played the most minutes without conceding a penalty (1227).