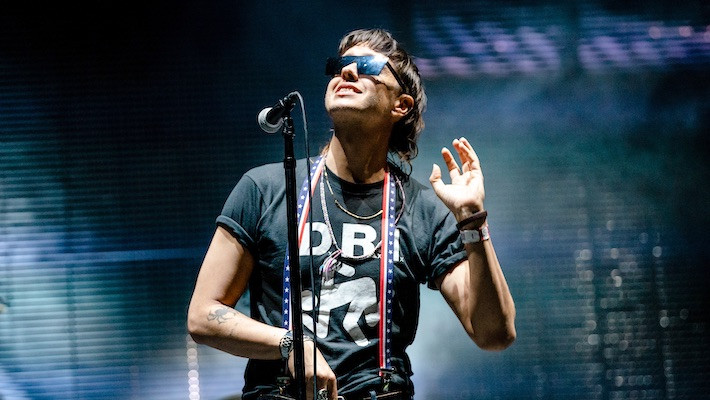 This election season, it seems like Bernie Sanders has the indie-rock community on his side. Last week, Vampire Weekend and Bon Iver announced they would head to Iowa for concerts in support of the presidential candidate. Now Sanders can count The Strokes among his musical supporters, as the group announced they will perform a “New Hampshire get out the vote concert rally” next month.

The Strokes’ performance is set to take place on February 10 at the Whittemore Center Arena in Durham, New Hampshire. Similarly to the aforementioned Iowa concerts, the New Hampshire performance will have free admission, as well as a VIP area reserved for Sanders volunteers who have knocked on doors in New Hampshire.

Julian Casablancas said in a statement, “We are honored to be associated with such a dedicated, diligent, & trustworthy patriot — and fellow native New Yorker. As the only truly non-corporate candidate, Bernie Sanders represents our only chance to overthrow corporate power and help return America to democracy. This is why we support him.”

Bon Iver’s Justin Vernon shared a similar reverence for Sanders in a statement when his show was announced, saying, “I believe, unequivocally, that all people deserve support, love, and the freedom to choose how to live their own lives. There are promises in our constitutional language that are being superseded by money and greed in this country; I believe that Senator Sanders is the only one that has the pedigree, the experience, the courage, and the undying spirit to begin to put these obstacles of freedom to rest.”