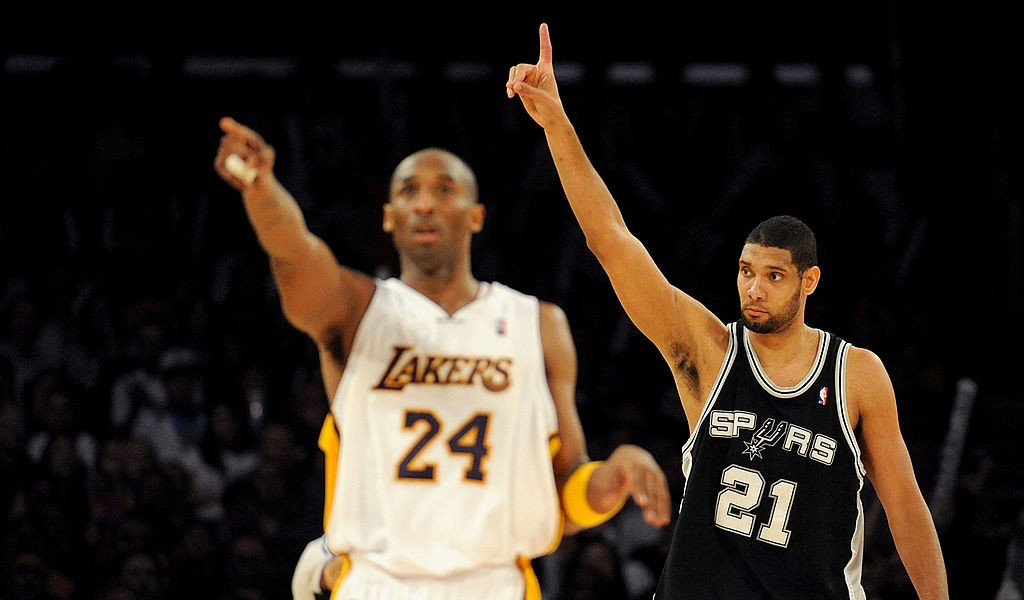 The news of Kobe Bryant’s death in a helicopter crash at age 41, along with his 13-year-old daughter Gianna and three others en route to a basketball tournament, shook the NBA world to its core.

One of its all-time greats was dead, a player that many in the league currently idolized and those that played with him or against him spoke of only in reverent terms for what he was as a player and competitor. In his post-NBA life, he’d become an ambassador for the game, particularly the women’s game as he took great pride in watching his daughter’s budding hoops career.

On Sunday, the NBA games on the schedule went on as planned, but it was quite clearly not business as usual in NBA arenas. Players, coaches, and fans were all clearly shaken by the news, and prior to games, teams held a moment of silence for Kobe. In San Antonio, they took it a step further as both the Raptors and Spurs opened the game by dribbling out the 24-second clock in honor of No. 24, as the crowd chanted “Ko-be.”

It was an emotional scene and a truly touching tribute from members of both teams, who were trying to play in a game mere hours after learning of the death of an icon. Players and coaches, including Tim Duncan who shared many battles with Bryant, were overcome withe emotion on the benches.