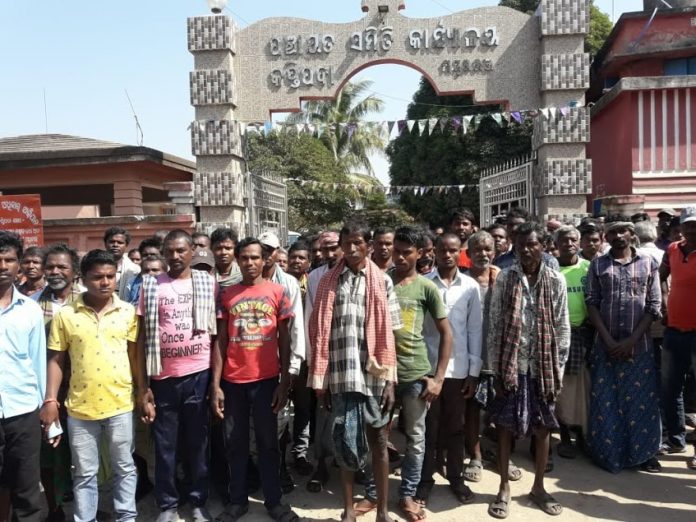 Kaptipada: Due to faulty survey for Socio-Economic and Caste Census (SECC)-2011, scores of poor people and daily wagers have been deprived of their benefits from various government schemes and programmes in Kaptipada area of Mayurbhanj district, a report said.

This has come to notice at Gothapura in Pedagadi panchayat. The population census was conducted in 2011. Names of most of the villagers have not been incorporated in the SECC list due to alleged botch-up. The result is that they were not placed in the priority list of their panchayats.

A host of schemes pertaining to rural housing, social security, food security and other welfare programmes are being implemented for the poor and the disadvantaged section of people.

Sadly, we are unable to get benefits of these welfare programmes due to apathy of the administration. We are deprived of entitlements due to faulty survey in SECC, some villagers lamented.

They also alleged that though the administration was repeatedly appraised of this anomaly in the Census, no corrective measures were taken.

Officials and leaders only give us assurances, but to no avail, they added. Upset over this problem, hundreds of people staged protests at the block office about a year ago. Then BDO Rabindra Kumar Mallick had held talks with agitating people and assured that their problems will be sorted out after an investigation.

A year has passed since the BDO’s assurance, but nothing has been done, a villager said. We are suffering from poverty and deprivation of the governmental benefits, he added.

Some villagers have to lead miserable life under polythene covered shanties without getting housing units, as their names were not in the SECC list. They demanded that the administration should take immediate steps to correct the anomalies.