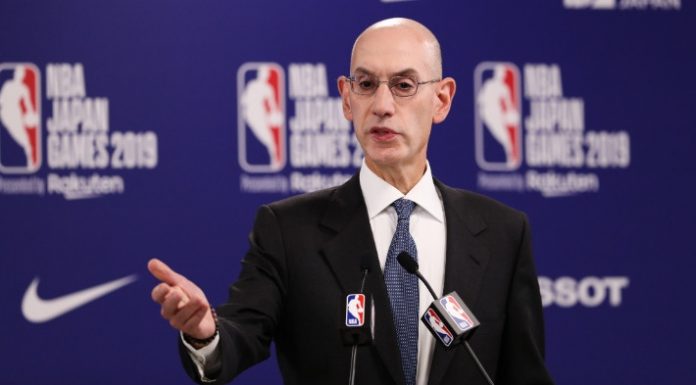 After Daryl Morey’s tweet supporting pro-democracy Hong Kong protesters sparked an international incident while the Lakers and Nets were in China for preseason games, there was speculation of the loss of revenue the league would face from a Chinese boycott.

That boycott, at least in the sense of being in total, was not all that lengthy, but the message from China was sent in an effort to push the league into punishing Morey — which they did not. Given that the salary cap is tied to revenue, there was concern that a prolonged loss of Chinese funds would possibly cause a dip in the salary cap, rather than the steady rise it’s seen in recent years.

The actual result is somewhere in between, per ESPN’s Adrian Wojnarowski and Bobby Marks, with the league telling teams that the new cap projection is $109.1 million for the 2020-21 season, a 3.5 percent raise from this season, but lower than the 6.3 percent increase initially projected back in September.

Teams were reportedly factoring the loss of Chinese revenue into their projections as soon as the incident took place and escalated to where it peaked, so this likely doesn’t come as a major surprise. The official number won’t come in until June, when the league year ends, but the initial panic appears to have been overstated in terms of long-term impact on the league’s revenue.