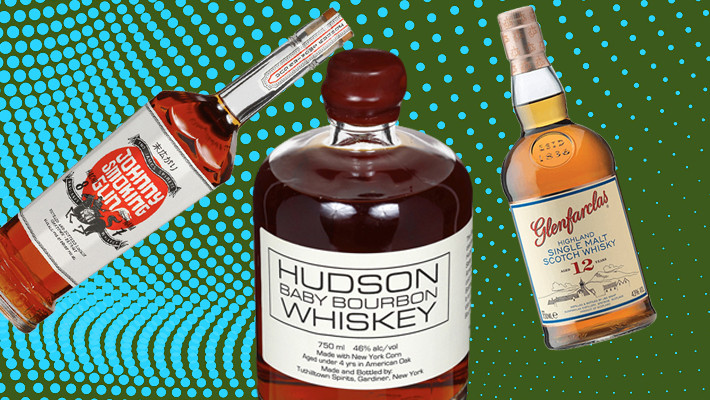 It’s sad to admit, but the alcohol world is — at least to some degree — dominated by hype. Sure, there are brands that sell no matter what (Johnnie and Jack aren’t going anywhere), and top-end brands are a little more bulletproof as long as their quality stays intact, but if you look at why Bulleit is poured in every bar in America and the similarly priced but superior Four Roses Yellow Label is hard to find, well… that’s the hype machine at work.

Outlets like this one are part of that system. And we try to play our part by giving love to innovative bottles and underrated expressions. It’s not always easy. There are tons of amazing bottles of Scotch, bourbon, and rye, along with other whiskey riffs and iterations that deserve their moment in the sun. David Powell, brand ambassador for Hudson Whiskey believes that not only are specific brands underhyped, but certain styles also aren’t getting the love they deserve.

“More than any particular brand, I’d rather highlight Empire Rye as a category,” he says. “Created back in 2015 by six leading New York State distillers, this is an appellation level regulation for New York’s most historically relevant spirit. In much the same way that the categories of Cognac & Champagne come with particular requirements to employ those names, Empire Rye aims to do the same for Rye Whiskey in New York.”

Powell makes a solid point, but we wanted bottles to kick your way, too — so we asked some of our favorite bartenders to tell us their picks for the bottles of whiskey that need to get more shine.

For the past 165 consecutive days, I’ve been sharing my experiences as I travel through the whiskey world. This has been a great joy for me to explore each and every one of these unique drinks, and I appreciate everyone who follows along. I’ll be traveling throughout March, so posts will be few and far between. Before I depart the States, I wanted to end with something exceedingly American. Michter’s US*1 Small Batch Bourbon. The original distillery was first established in 1753 in Newmantown, PA as the Bomberger Distillery. The brand has changed hands many times, but the lineage of this label clearly has its roots in American history. The nose on this is a little sharp, at first. Caramel and oak are discernible in addition to a wonderful rye spice note. The taste is warm and soft – surprisingly thin. Corn is the predominant flavor, with some peppery cinnamon spice and not too sweet. Really perfectly balanced, as bourbon goes. The finish is a little disappointing, as it appears to be medium in length, but then just drops off completely. Slightly dry, but a nice round sweetness and hints of vanilla and oak are leftover. A wonderfully easy-drinking whiskey due all the credit they receive. #Michters #US1 #MichtersUS1 #MichtersBourbon #MicthersUS1Bourbon #SmallBatch #SmallBatchBourbon #MichtersSmallBatch #MichtersSmallBatchBourbon #MichtersUS1SmallBatch #MichtersUS1SmallBatchBourbon #KSBW #Kentucky #Straight #Bourbon #Whiskey #KentuckyStraight #BourbonWhiskey #KentuckyStraightBourbonWhiskey #Spirit #Spirits #Bomberger #BombergerDistillery #Newmantown #NewmantownPA #NewmantownPennsylvania #Pennsylvania

Michter’s US-1 straight Kentucky Bourbon. I’ve seen some steady popularity in the brand, and I drink the Kool-Aid. This particular Kool-Aid appeals to me as a sipper. It has a mellowed smoothness as it is aged in fire charred new American white oak. Mild notes of vanilla and spice complement its polite woody qualities.

I consider Widow Jane’s American Oak Aged Rye to be an excellent spirit that seems to be flying under the radar. It mixes extremely well in classic cocktails but smooth enough to drink neat. I personally suggest it to customers looking for something new that will not break the bank. I am sure everyone else will eventually catch on and the price will go up but for now, I’m enjoying getting great rye at a reasonable price.

A whiskey I think should be more hyped is Hudson Baby Bourbon. I like the smoothness you feel when sipping on it, giving you its delicate flavor of caramel and sweet vanilla notes. A side note I love about this bourbon is that it’s made from 100% New York corn.

Two James’ Johnny Smoking Gun should get more because they’re exploring a world of integrating herbs to build layers in their whiskey. We love doing that with our own rye and appreciate it when others push those boundaries as well.

Bruichladdich deserves tons of recognition for how progressive and innovative they are in the whisky world. Not only are they one of the few Islay distilleries making peated and unpeated whisky, they are major advocates for the Whiskey Transparency Act — letting everyone know exactly what is in their bottles and where it comes from.

Will Benedetto, director of bars for IGC Hospitality in New York City

The Nelson Brothers down in Nashville made something really cool and it’s finally on the market. Nelson’s Greenbrier Tennessee Whiskey is such a cool whiskey! First bottled in the early 20th century, this whiskey was almost erased from existence until the great grandchildren of the whiskey’s creator went to extraordinary lengths to revive this spirit. We don’t see a ton of craft Tennessee Whiskeys and the category is underappreciated. The heritage, masterful distillation, and dedication to the craft is overwhelmingly obvious in a dram of this historic booze.

Glenfarclas. Scotch whisky. This ridiculously underrated gem of a distillery has been distilled in Speyside since the early 1800’s and has been run by six generations of one family, the Grants.

Ancient Ancient Age 10 Star is honestly a pretty solid whiskey and very affordable. One of those great bottles that definitely is not trying to impress you with a flashy label or unique bottle.

Basil Hayden’s is a fantastic brand, with extremely unique, bold flavor. It’s one of my top “hand sells” and it definitely doesn’t get the credit it deserves.

I think there is a lot of cheer for the Weller family of whiskeys in the bar world, but they are definitely my favorite and deserve even more acclaim. Weller 12 year is a staple of my home bar shelf.

Hudson whiskeys have really configured the recipes and have started accessing more of the upstate New York landscape to help give the whiskeys some attitude. It might seem like a big brand to bring up here, but if life is about getting better every day, I can say this distillery has done just that with its Single Malt.

I can’t stress enough how much I love Angels Envy Rye and I think that everyone else should too. While it’s not the cheapest product available, the Angels Envy Rye is a good example of getting what you pay for. Forget a Bloody Mary, this rye is breakfast in a bottle with a full, rich palate of maple sugar, vanilla, oak and caramel candy, due in part to it being finished in Caribbean rum casks for 18 months. I’ve never had anything else like it, and I will gladly treat myself to a pour any day.

Again, Eagle Rare. Almost every whiskey drinker knows Buffalo Trace, but the extra 4 years make it a world apart. Smooth round and only marginally more than Buffalo Trace it drinks like more elite bottlings. At any bar in NYC, with both, it will be no more than an extra $3 — that’s money well spent.

Wild Turkey Brands really don’t get a lot of respect. They deserve much more hype. The 101 is fun to mix with and Wild Turkey’s Russell’s Reserve 10-year for the price is a great buy.