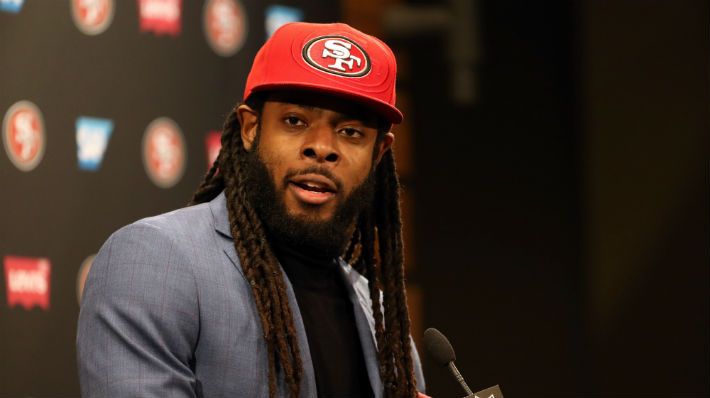 Kobe Bryant’s sudden death after a helicopter crash that took the lives of nine, including his daughter Gianna, sent shockwaves far beyond the NBA world. Those in the NBA were joined by fans, athletes, and artists around the globe in mourning his loss, from Neymar to Drake, as he inspired a generation of athletes beyond just the basketball court.

That may be what defines Bryant’s legacy. The concept of the Mamba Mentality, his incredible desire to outwork anyone else to perfect his craft, is something athletes aspire to attain and is part of what made him so popular among his peers, former greats, and rising stars of the generation that followed him.

Richard Sherman is among those athletes, and at Super Bowl Opening Night, he spoke about his relationship with Kobe, what the last day-plus has been like, and how he will be among those that will look to Kobe’s legacy for motivation, leaning on that Mamba Mentality.

The reverence for Kobe’s work ethic and how he plied his craft is nearly universal among athletes. From the toughness he showed in various moments, with many pointing to him shooting his two free throws after tearing his Achilles, to the hours he put in to maximize his natural talents, Bryant will have a long-lasting impact on players in all sports.