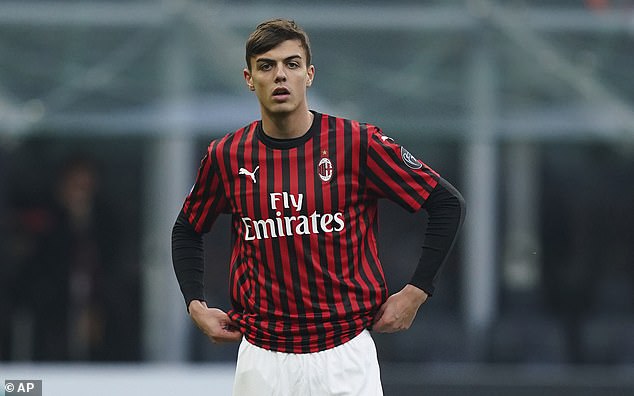 The Maldini dynasty continues: Daniel has joined legendary dad Paolo and grandfather Cesare in playing for AC Milan, but this 18-year-old isn’t in the team because of his name alone…

If you blinked or were scrolling on your phone you would have missed it, but a piece of football history occurred at the San Siro last Sunday. Daniel Maldini made his debut in the 93rd minute of Milan against Hellas Verona.

The 18-year-old’s entrance provided a slim ray of light in an otherwise disappointing afternoon. Milan had failed to impose themselves on a dogged Verona side and were heading for a 1-1 draw, a step back after three consecutive wins.

The tall, slender number 98 became the third member of the Maldini dynasty to grace the red and black jersey. Daniel is the second son of Paolo Maldini and wife Adriana Fossa, a former model from Venezuela. Previously Paolo’s father Cesare shone for the Rossoneri. 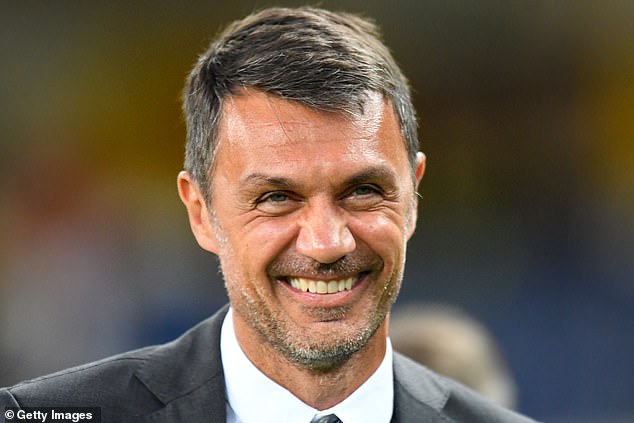 Daniel’s father Paolo is a club legend and director at the San Siro club, and he watched on

Daniel moved into the right side of the attack but didn’t have enough time to make an impact. Yes, you read that correctly: attack. Because unlike dad and grandad, Daniel isn’t a defender.

The teenager classifies himself as an ‘attacking midfielder or second striker’, and can also operate as a trequartista, scheming and probing behind the forwards. He boasts very different attributes to his prestigious relatives.

Gazzetta dello Sport reporter Giulio Di Feo has been following Maldini since his youth team days. ‘Daniel is skilful and well-built for his age. He is athletic and very elegant and plays with his head up. A right-footer, Daniel has got very good vision and is a one or two touch player.’ says Di Feo.

‘His physique helped him thrive in youth football, although now he will be among bigger players in Serie A. Paolo was a powerful runner and that enabled him to cover the flank during his peak. Daniel isn’t that powerful yet. But the way he moves is smooth and pleasing to the eye,’ adds Di Feo.

On Sunday evening the player told Corriere della Sera: ‘It’s a dream come true. Making my debut was a target, now I hope to build on that. I felt emotional, but dad kept me calm’. Paolo said: ‘I didn’t have time to get emotional because I was concentrating on the game. Now I can reflect on it away from the heat of the action, and it was a big moment for me, my family and the fans who welcomed him on to the pitch’.

Daniel hasn’t got where he is just because of his surname. Professional sport is a hard-nosed and if he wasn’t any good, he would be nowhere near the first team. His elder brother Christian, a defender, came up through the Milan ranks but was released in 2016. 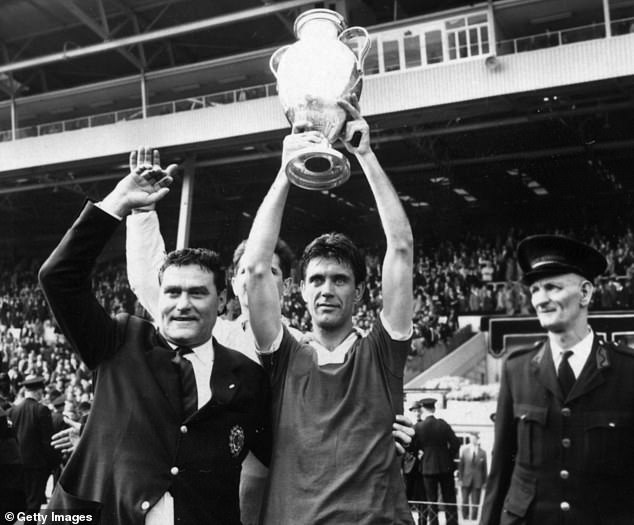 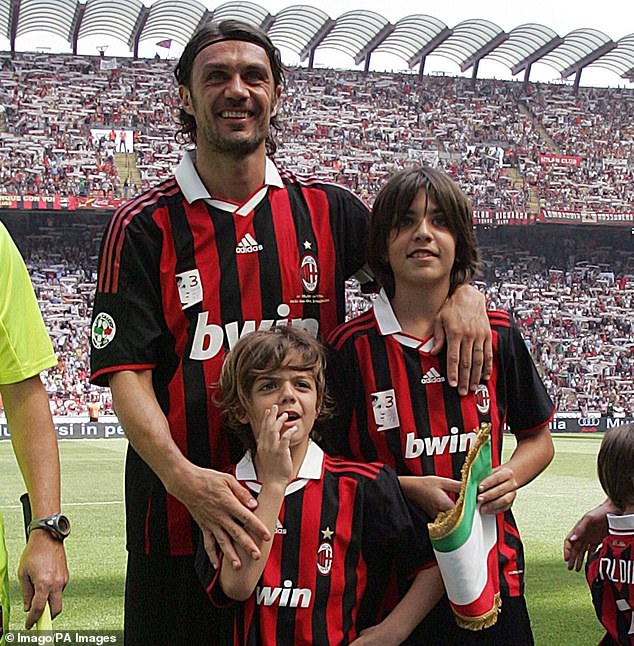 Former manager Marco Giampaolo and current boss Stefano Pioli invited Daniel into the senior squad because of the promise he shows.

His grandad was one of the first to notice his potential, around a decade ago. Former Milan youth sector boss Mauro Bianchessi told Gazzetta: ‘Cesare once said to me that Daniel was a good player, small but good, and had something a bit different to normal players. He told me to have a look’. The next Saturday the child had a trial was immediately signed for Milan’s youth department.

Cesare, who died aged 84 in 2016, knew football. He was Milan captain when they became the first Italian team to win the European Cup in 1963 at Wembley. He was incredibly versatile, starting as a left back before moving into the centre where he could operate as a man-marker or ‘libero’. His fine touch and reading of the game allowed him to thrive in the latter role.

Cesare, who played for the Rossoneri between 1954 and 1966, was also prone to the odd lapse in concentration or overcomplicated possession in dangerous areas, which led to gaffes. These were nicknamed ‘maldinate’, (Maldini-isms). 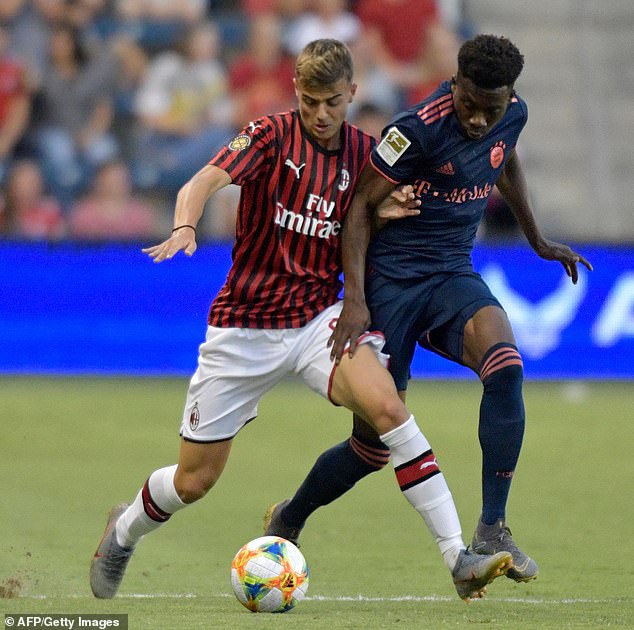 His parents were of Slovenian origin, which may explain his light eyes, passed on to Paolo and to a slightly lesser extent Daniel. Cesare represented his country on the pitch and in the dugout. Maldini senior earned 14 caps and was a natural choice to move into management. He was assistant to boss Enzo Bearzot when Italy won the 1982 World Cup.

The ex-libero also had a huge influence as Italy U21 coach, mentoring a young Christian Vieri among others. His stock within the Italian FA was so high, he became Azzurri coach in 1996, and led them at the World Cup two years later. In France only a penalty shootout could separate Italy from the hosts and eventual winners in the quarter-final after a tense 0-0.

Cesare resigned after the tournament, but he was back four years later as Paraguay manager at the 2002 World Cup. He also stepped in as a caretaker manager every time Milan called on him over the decades. Cesare Maldini retired in 2002 and passed away aged 84 in 2016. The entire country mourned.

The central link in this prestigious Milanese chain is the most famous. Paolo Maldini, born in 1968, is indisputably one of the best defenders in the history. He made his debut in 1985 as a 16-year-old as an emergency right back. But it was on the left he rose to global fame. 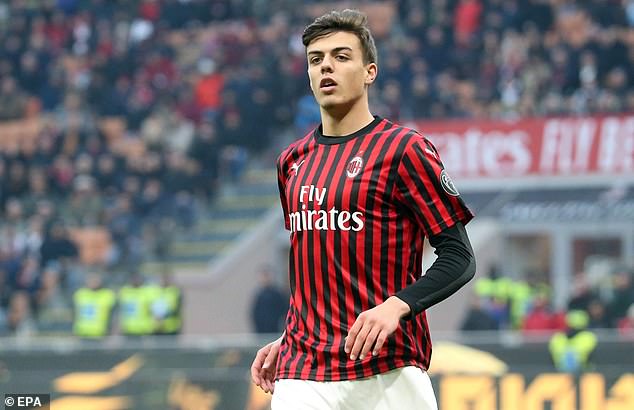 Rather than following his father and grandfather in defence, Daniel is an attacker by trade

Paolo was an impeccably clean, composed and athletic full-back. Writer Sebastiano Vernazza labelled him as ‘universal and unstoppable’. Despite his preferred right foot he made the left back slot his own for Milan and Italy. At the 1990 World Cup he was encouraged to get forward, demonstrating his stamina.

The best defender of the 1990s, Paolo had two trademarks: one was an unshakeable commitment to fair play. The other was a supernatural ability to slide tackle a winger with clinical precision, before springing back to his feet and running off with ball. All while the man he just dispossessed was still trying to work out what had happened.

His timing was exquisite, and he moved into central defence permanently in the late 90s (having played there flawlessly in both the Champions League and World Cup finals in 1994 because of injuries and suspensions to others).

Paolo only ever represented Milan, despite serious interest from Juventus and later Chelsea. Sir Alex Ferguson also confessed to asking Cesare about luring Paolo to Old Trafford. The old Scot received a polite refusal. The princely star retired in 2009 after winning 7 league titles, 5 European Cups/Champions Leagues and 902 appearances in all competitions. 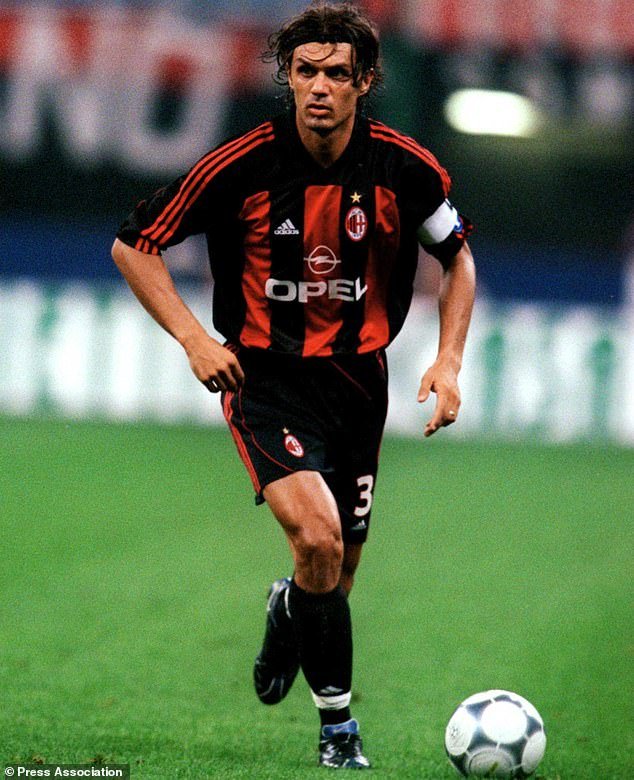 Further evidence of his other-worldly talent is that he only had two spells of poor form in a 25-year career at the highest level. In the early 90s he suffered his first blip when he encountered the two of the three men who he described as his toughest opponents: Marseille pair Chris Waddle and Abedi Pele. The other who later gave him severe problems was Brazilian Ronaldo.

Then when his team-mate and mentor Franco Baresi retired in 1997, Maldini found it difficult to acclimatise to life without his veteran partner on the pitch. That phase passed quickly enough. Between 1988 and 2002 he donned the Italy shirt 126 times.

After his final season Paolo’s relationship with the club was difficult. He refused offers to work for the Rossoneri claiming they weren’t suitable, but informed voices said the genuine motive was his icy rapport with chief executive Galliani.

Maldini felt the directors could have prevented some of the abuse the player received from a small but influential section of the Ultras at the club towards the end of his career. The ex-skipper allegedly never forgave Galliani. 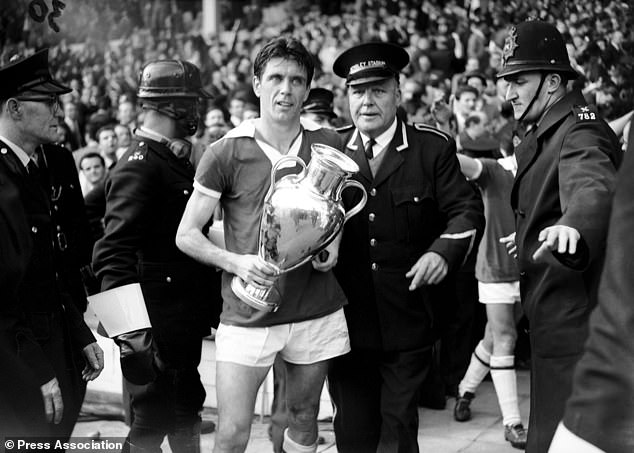 When Chinese owners bought the club in 2017, new efforts were made to recruit the former No 3. They too were snubbed. Maldini felt his potential position ‘was never well defined’. Although privately it’s believed he wasn’t convinced by new chief Li Yonghong’s operation.

But when US finance group Elliott took control of the seven times European champions in July 2018, Maldini sensed the time was right to return to his football family. Part of Paolo’s current mandate as director of football includes overseeing new signings, along with fellow ex-player Zvonimir Boban.

The pair are keen on hungry young players with margin for improvement like Algerian playmaker Ismael Bennacer, Portugal U21 forward Rafael Leao and versatile Belgian Alexis Saelemaekers. Although when the opportunity to sign ageing ace Zlatan Ibrahimovic sprang up, they couldn’t say ‘no’.

Paolo Maldini has no influence over who coach Pioli selects. Daniel’s presence on the pitch has got nothing to do with his birth certificate.

Daniel will be eased in, but that won’t stop fans dreaming of him becoming the third member of the Maldini dynasty to lift the European Cup/Champions League as captain. That seems unlikely, but remember, this is the Maldini family.