The Last Word is a comedy drama which manages to tickle your funny bone as well as drop a few tears. Death is what everyone fears and moreover people fear how to face the grief and live a life sans that person. This Netflix original gives insight on how a woman becomes a professional eulogist after losing her husband. The show has been created and written by Aron Lehmann and Carlos V. Irmscher.

The Last Word Season 2 will mark the return of our leading duo along with the supporting cast. The talented cast includes: 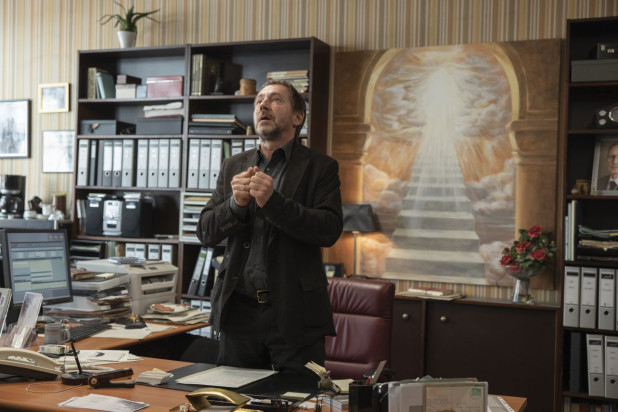 After twenty five years of a thriving and glorious marriage, Karla loses her husband. Her whole world is shattered and distraught. She seeks help from any crack of light but moreover she requires closure to the sudden loss of a man she loved so dearly.

Her husbands’ death gave her an insight on how to deliver a heart touching eulogy. Her talent spreads far and wide and she becomes a professional eulogist. Her goal now is to help those families who are grieving the loss of a loved one by giving them the perfect eulogy.

Karla stumbles upon traditional rules of funerals that she disagrees with and she begins to question the whether there is a correct manner to grieve. She learns that all the answers to the impending questions are embedded within her.

The Last Word Season 2 will further dive into Karla’s journey as she tries to help other in her own chaotic way all while on a journey of self-discovery herself.