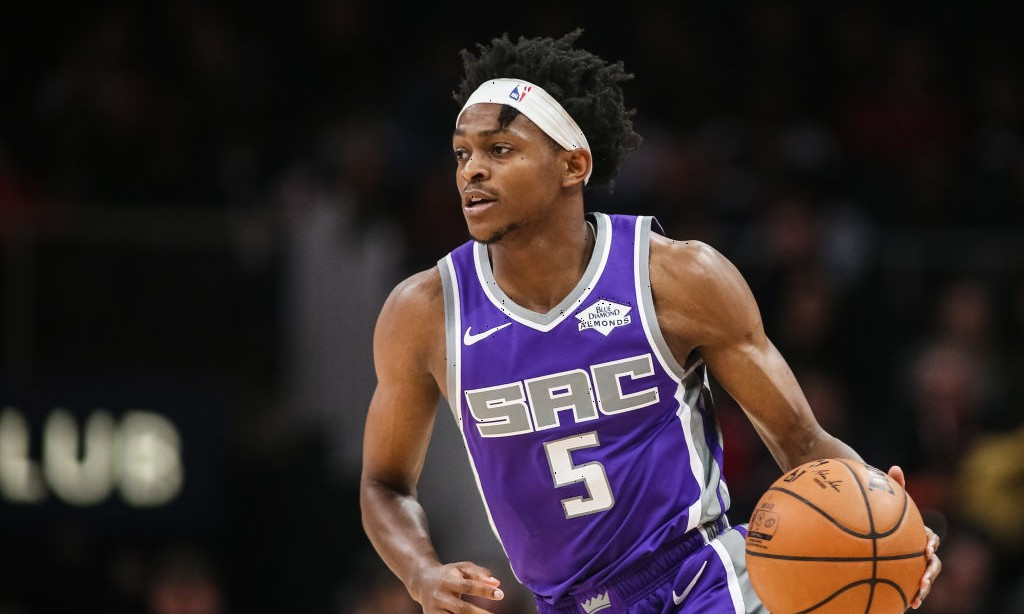 On a night where much of the basketball viewing public was, rightfully, reliving Kobe Bryant’s final game in which he put up 60 points, there was a wild finish in Minnesota between the Kings and Timberwolves.

Minnesota led by 19 going into the fourth quarter, which is not usually the recipe for a crazy ending to a game. Andrew Wiggins had 36 points, 10 rebounds, and eight assists on the other side in a tremendous showing, but the Kings stormed back behind a 42-point performance from Buddy Hield and some late heroics from De’Aaron Fox.

With the Kings trailing by two, Fox was facing his second free throw and with just 4.7 seconds left, Sacramento needed a miracle. They got it in the form of one of the best purposeful missed free throw plays we’ve ever seen.

Fox perfectly fires the ball into the underside of the front of the rim so that it shoots straight back to him, and then using his incredible speed, darts into the lane to scoop it up and lay it in to tie the game before anyone on either side can even really react. It’s a spectacular play that could have gone wrong in so many ways, either by him hitting just to one side or the other, hitting too low or too high, or missing entirely. Instead, it happened exactly how it had to and the Kings forced overtime, where they won 133-129 in an improbably and incredible comeback win.