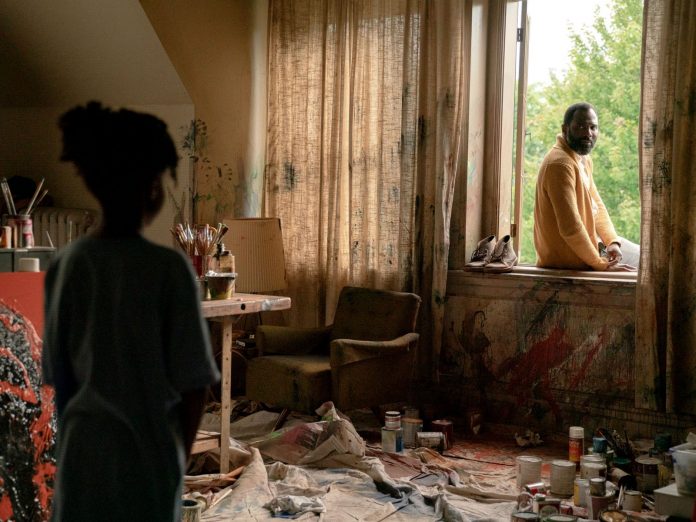 If it wasn’t for some forgettable sequels, Candyman would be sacred ground. It’s not quite like remaking Friday the 13th or other classic B-movies. The original 1992 is more like an arthouse horror movie. It has something to say and features stunning imagery and an unforgettable Phillip Glass score. It’s not a B-horror movie that’s easy to remake. Jordan Peele (Get Out) is taking a shot with his Candyman remake.

MGM’s is calling the movie a “spiritual sequel.” Which is just a fancy way of saying “remake.” At the end of the day, it has the same title as the original for a reason. However, the original Candyman, Tony Todd, is returning to the franchise. Maybe the “spirit sequel” is a repeat of the Halloween reboot: both a continuation and a remake. The Candyman remake is directed by Nia DaCosta (Little Woods) and stars Yahya Abdul-Mateen II. He was excellent in HBO’s Watchmen. He’s both a talented actor and a rising star.

DaCosta’s vision for the remake looks far more compelling than most horror remakes. It’s familiar but not overly familiar. In no shape or form does this look like a beat-by-beat recreation of the original. Refreshingly, it’s a completely new and modern vision on a story, sadly, that’s forever relevant. The trailer doesn’t rely on cheap jump scares, either. It’s mostly atmosphere and mood similar to the original film. DaCosta’s vision for Candyman looks awfully compelling in a promising trailer.

Nostalgia is a powerful drug these days. Some of the most popular shows and movies today are callbacks to the past. People can’t get enough of remembering the ‘80s and ‘90s at the moment. Nostalgia, without question, made the solid Halloween reboot a monster hit. Will Candyman have similar mass success? With Peele’s name on the movie, that’s likely. Already after making only two movies as a filmmaker, Peele’s name already promises quality, creativity, and something new. Peele’s involvement in Candyman is enough reason to believe people will flock to see it. It doesn’t look like the usual cash grab horror remake.

Don’t say his name. This summer, Oscar-winner Jordan Peele unleashes a fresh take on the blood-chilling urban legend that your friend’s older sibling probably told you about at a sleepover: Candyman. Rising filmmaker Nia DaCosta (Little Woods) directs this contemporary incarnation of the cult classic.

For as long as residents can remember, the housing projects of Chicago’s Cabrini Green neighborhood were terrorized by a word-of-mouth ghost story about a supernatural killer with a hook for a hand, easily summoned by those daring to repeat his name five times into a mirror. In present day, a decade after the last of the Cabrini towers were torn down, visual artist Anthony McCoy (Yahya Abdul-Mateen II; HBO’s Watchmen, Us) and his girlfriend, gallery director Brianna Cartwright (Teyonah Parris; If Beale Street Could Talk, The Photograph), move into a luxury loft condo in Cabrini, now gentrified beyond recognition and inhabited by upwardly mobile Millennials.

With Anthony’s painting career on the brink of stalling, a chance encounter with a Cabrini Green old-timer (Colman Domingo; HBO’s Euphoria, Assassination Nation) exposes Anthony to the tragically horrific nature of the true story behind Candyman. Anxious to maintain his status in the Chicago art world, Anthony begins to explore these macabre details in his studio as fresh grist for paintings, unknowingly opening a door to a complex past that unravels his own sanity and unleashes a terrifyingly viral wave of violence that puts him on a collision course with destiny.