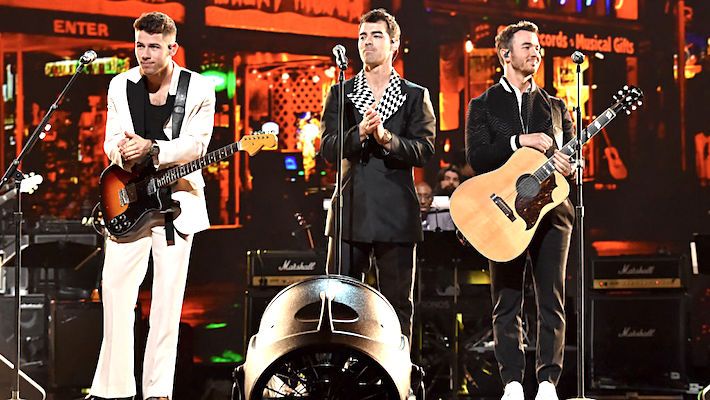 The Jonas Brothers made a comeback in 2019 with the release of Happiness Begins, an album devoted both to nostalgia and new beginnings. But they didn’t stop there. The trio signaled that they have more on their plate with the recent release of the radio-ready single “What A Man Gotta Do.” Just after the release of their new track, they’ve announced they will be performing a two-and-a-half-week residency in Las Vegas’ Park Theater.

Taking place April 1 through April 18, the Jonas Brothers will dominate the Park Theater stage at Park MGM Resort. To express their excitement, they shared a teaser video with clips of some of their most energetic performances. The 30-second visual shows the Brothers playing for sold-out stadiums amidst big-production lights and large flames. “Let’s get it! Let’s gooooo!! We’re headed to VEGAS for a brand new residency at Park Theater at Park MGM April 1 – 18,” they wrote.

Let’s get it! Let’s gooooo!! We’re headed to VEGAS for a brand new residency at Park Theater at Park MGM April 1 – 18!! CITI presale starts Monday, 1/27 at 10AM PT???? pic.twitter.com/ZtSRlbhuhh

The Brothers’ track “Sucker” earned them a Grammy nomination for Best Best Pop Duo/Group Performance. They will perform their recent single “What A Man Gotta Do” live at the Grammys.

Watch the Grammys this Sunday, January 26 at 8 PM EST.