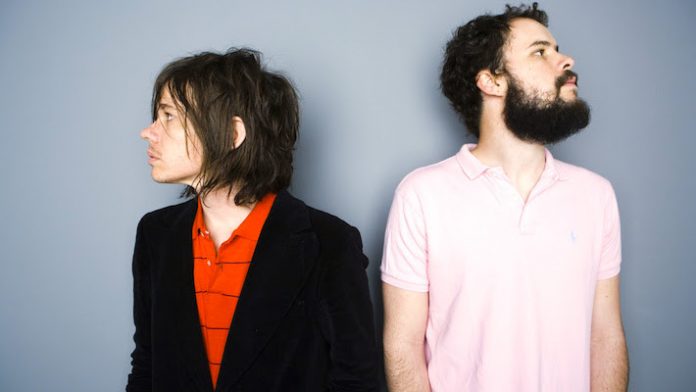 The Format, the alt-rock duo composed of Sam Means and Fun’s Nate Ruess, announced they would be taking a hiatus on February 4 of 2008. Now, exactly twelve years later to the day, the duo announced they will be making a return. Breaking their over decade-long hiatus, The Format will cross North America to play a limited run of shows in New York, Chicago, and Phoenix.

The Format made the return announcement alongside the vinyl and streaming release of their 2007 live album Live At The Mayan. The same set was recorded and released via Amazon Prime‘s streaming service for viewing.

A week from today on February 4th, Live at The Mayan comes out on streaming platforms. You’ll be able to watch on Amazon Prime Video and YouTube, too. Here’s the trailer. pic.twitter.com/7mcs3mBAYA

Ahead of the live performance’s streaming debut, the band hosted a viewing party for Live At The Mayan on Monday in Phoenix. But fans were in for an unexpected surprise when The Format played a stripped-down acoustic set for the audience. With Ruess on the mic and Means on guitar, the crowd shouted along to “The First Single (You Know Me).”

Check out The Format’s return tour dates below.

Live At the Mayan Theatre is out now via Vanity. Get it here.