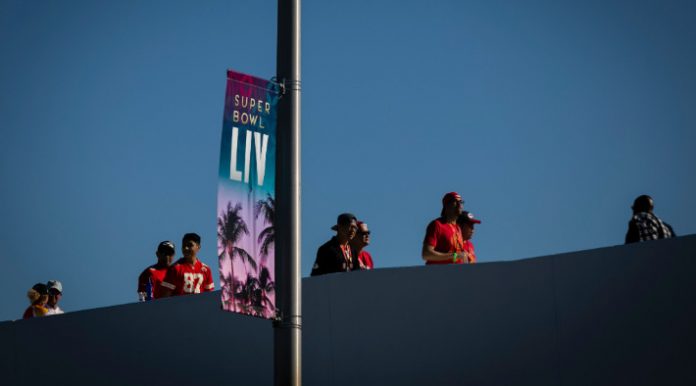 There are a lot of really great things about sporting events — watching a game played at the highest level, the sense of togetherness and community that fans experience with one another, the opportunity to get immersed in the world of sports for a few hours, all of that stuff. Something that absolutely, positively blows chunks, though, is the fact that you really have no choice once you get into the venue than to eat and drink whatever is served up in the building, especially because you cannot leave and re-enter.

Those who set the price for food understand this, and at the end of the day, they’re all in the money-making business, so the prices at stadiums are usually extremely stupid. They’re jacked up, oftentimes to a point that the bill can really pile up if you want to get a few beers and something to eat, and while those in attendance can certainly opt to pass on getting something, well, folks get hungry and thirsty.

That need for consumption doesn’t change just because people are at the Super Bowl, and as such, the league or the stadium or whomever it is made food totally ridiculous. Here, look.

So, a lot going on here. Having to fork over $9 for a pretzel, $5 for 12 ounces of water, and nearly a dollar per ounce of Bud Light are all ludicrous, and $3 for a cup of cheese makes me laugh, even if that is far too much for a cup of cheese. Also, while our Editorial Director, Martin Rickman, reports that the $15 thing of popcorn is a tub, that is still more than you should pay for popcorn. Even at the movies.

This is not all of the expensive food at the Super Bowl. There are some more that I will dump in below, but first, how much would you ever, ever, pay for something called “stone crab claw cocktail?” I determined I’d pay, like, $30-$40 for this. The Super Bowl disagrees.

Please do not spend $85 on anything other than a jersey if you attend a football game. You’ve already spent far too much on tickets and transportation and parking and maybe even lodging, you can go a day without eating crab at a sporting event. In fact, between that, $34 for an admittedly very large Cuban sandwich, $20 for an Impossible burger with chips, and a few other things on here, I think we can all agree that this is far too much money to pay for food.