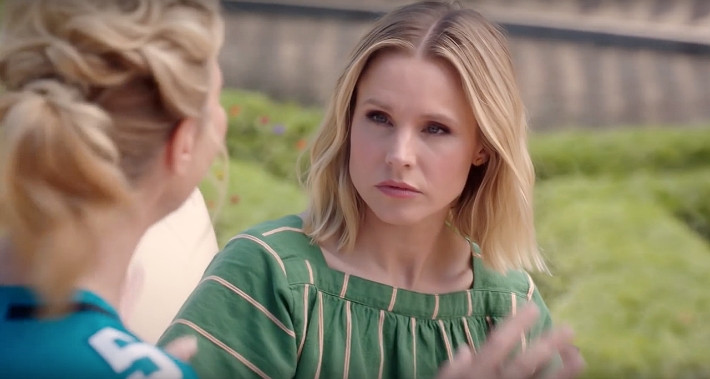 The Good Place ends forever on Thursday night, but don’t expect to learn anything about what happens in the episode from its episode description. Fans of the philosophical comedy may be used to it by now, but it’s still funny to see Meike Schur and company pull a Mad Men one last time.

On Tuesday we got a bit of information about what Thursday’s episode will contain. And by that, we mean there’s a single sentence of detail given in the official NBC logline.

Given that the show had a hilariously vague description of the Season 3 finale, this is officially a habit and one that can be seen as a direct homage to Mad Men and showrunner Matthew Weiner, who was infamous for extremely vague episode descriptions as the show continued into its later seasons.

This will do little to give fans clues as to what will actually happen in the final episode, especially considering the penultimate episode (slight spoilers) ended so harmoniously, with the gang finally in The Good Place and an apparent fix to that episode’s quandary in place. Whether things will go wrong again and require one last fix, or perhaps the episode ties up a few loose ends, well, we won’t know until it airs. Which means little guessing until it’s all over.