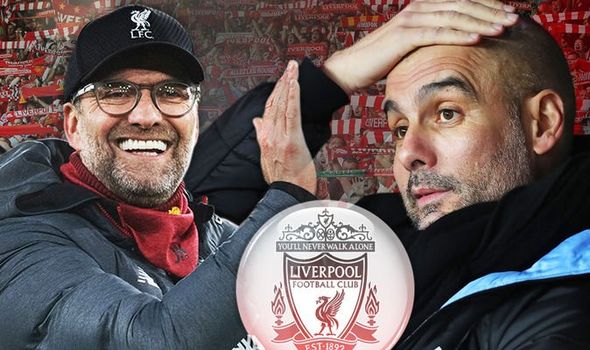 Liverpool are on course for one of the most historic campaigns in English football history and they’re on the verge of breaking a number of records along the way. The feel-good factor on the red half of Merseyside is at breaking point given how well Jurgen Klopp’s side have performed in the league.

Mohamed Salah, Roberto Firmino and Sadio Mane have once again been at the forefront of Liverpool’s success in banging in the goals up front.

But there have been highlights all over the pitch from Trent Alexander-Arnold’s pinpoint right foot tallying up the assists to Jordan Henderson’s heroics displays, ever-growing into a captain idolised by the Kop.

The entire Liverpool backline have proven immovable in recent months, conceding just one goal in their previous 10 matches.

The biggest prize for all Liverpool fans will be to see Henderson and co lift the coveted Premier League trophy, but some supporters may be keen to see the sheer level of records Klopp’s team could potentially break this campaign.

JUST IN: Liverpool must win the treble to be remembered like Man Utd’s 1999

What Premier League records Liverpool could still break this season

Liverpool have won an astonishing 16 games on the bounce but they’re still behind Manchester City’s record of 18 set two seasons ago. They could surpass the record with wins over Norwich, West Ham and Watford.

Liverpool haven’t tasted defeat in the Premier League in 42 matches and are closing in on Arsenal’s history-making side, who went 49 unbeaten.

The Reds have a chance of equalling that record if they avoid defeat up until they face City and could get to 50 a week later against Aston Villa.

Liverpool star Alisson asks not to be photographed while training

How Liverpool could line up after completing Coutinho and Havertz

Fewest defeats in a season

They could become only the second team in Premier League history to go unbeaten in the top flight.

Most wins in a season

Liverpool have won 24 of 25 Premier League games so far and at this current rate they should obliterate Manchester City’s record of 32 in a single season. They could beat the record if they continue winning up until they face Brighton in March.

Most points in a season

Manchester City again. They hold the record with 100 points meaning Liverpool need only 28 points from a possible 39 available to them to break the record. 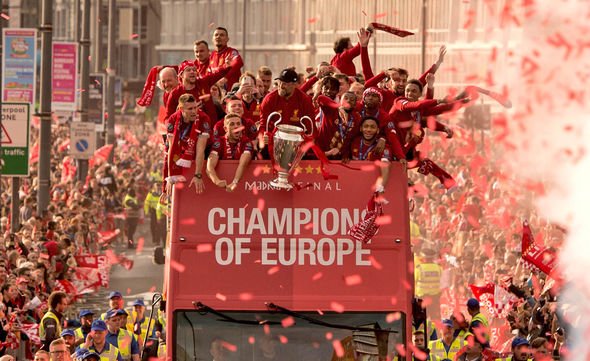 Most home wins in a season

Three teams have achieved 18 home wins in a season, Chelsea, Man Utd and Man City. Liverpool have won all 13 so far with six remaining.

Most away wins in a season

Liverpool have won 11 of 12 away matches so far and are on course to match City’s record of 16 set in 2017/18. They would have a chance of surpassing it on the final day against Newcastle on the final day of the season.

Liverpool’s last defeat in the Premier League came over a year ago when they were defeated by Manchester City on January, 3 2019.

Now Arsenal’s tally of 537 days is well in sight. If Liverpool remain unbeaten for the rest of the campaign then they will surpass that record on June, 23 2020.