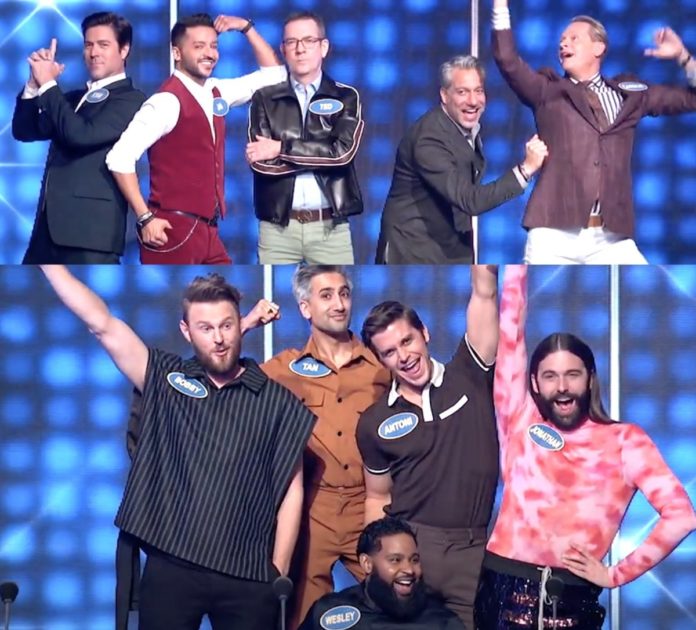 ‘The Celebrity Family Feud Season 6’ Premieres at 8 PM Eastern on Sunday, May 31

The premiere of The Celebrity Family Feud Season 6 Episode 1: Queer Eye: Og Vs. Queer Eye: The New Class airs at 8 p.m. Eastern (7 p.m. Central) on Sunday night, May 31. That’s an hour earlier than it aired last season. The episode airs at 8 p.m. Pacific on the West Coast and 7 p.m. Mountain Time, according to TV Guide’s listing. Since the west coast gets the episode an hour later than East Coast stay away from online news and social media to avoid spoilers. ABC will broadcast The Celebrity Family Feud Season 6 and you can check TV Guide to know which channel is ABC for you depending on your provider.

The second episode will feature Andy Cohen Vs. Real Housewives Of Beverly Hills And Kevin Nealon Vs. Drew Carey.

The third episode will feature The Bold Type Vs. Rupaul’s Drag Race.