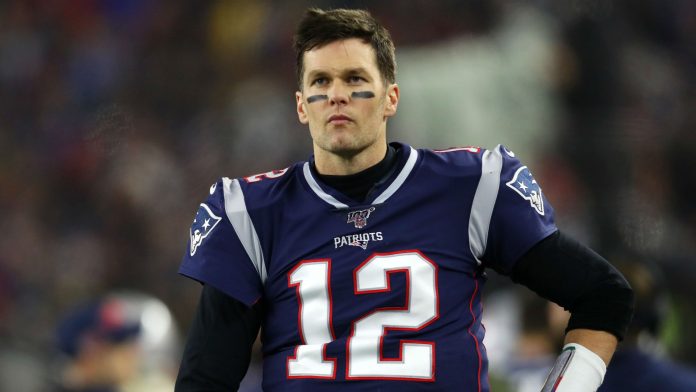 The biggest story of the offseason probably will wind up as much ado about nothing when Tom Brady re-signs with New England. But what if the 42-year-old quarterback actually leaves his team of 20 years and six Super Bowl titles and, to quote Lebron James, takes his talents to Los Angeles or Las Vegas or Tampa Bay?

The ripple effects would be league-altering, starting with the shocked Patriots organization looking for a new starting QB for the first time in almost two decades.

Joy would filter through the AFC East, a division Brady has owned. Tom Terrific’s new team would immediately rise to the top of the national TV pecking order with prime-time games galore. Brady himself would feel a pressure unlike any in his storied career as he would try to validate another team’s belief in him while learning a new offense and counting on a new supporting cast.

The New England media would have a field day of stories to write about Brady’s departure. The Pats fan base would be analyzing the free agents and incoming draft class like never before with the expectation that coach/general manager Bill Belichick and personnel director Nick Caserio (if he stays) will quickly identify Brady’s successor. They’ll expect another playoff team amid the transition, and I also would expect the Patriots to adjust in short order because of the quality of their organization and leadership.

But it’s a lot easier said than done when the team’s marquee player and on-field leader has departed.

I’ve seen first-hand how the vibe in an organization changes so dramatically when a Hall of Fame-caliber QB ends his long, successful run and moves on. In the case of the Vikings in 1978, it was when 38-year-old Fran Tarkenton retired after a storied career.

Like Brady, Tarkenton was a gregarious personality who was media savvy, always a focal point in the locker room and when the team played home or away. When Tarkenton left, there was a minor depression among the coaches and front office for a short period due to the loss of a legendary and charismatic player who seemingly had been there forever.

The Vikings’ passionate fan base loved Sir Francis, but they were intrigued by the potential of Tommy Kramer, who we had drafted in the first round two years earlier as the heir-apparent. The Patriots currently have no such QB on the roster, but that can change quickly with free agency and the draft.

It was so strange not to see Tarkenton in his familiar No. 10 jersey that first training camp. There was a short-lived but painful adjustment year as our streak of three straight division titles ended with Kramer throwing 24 interceptions in a 7-9 season. But by the following year, we were back in the playoffs as division champs with a new hero at QB in Two-Minute Tommy (he was so dubbed for his late-game heroics).

The Brady situation will be interesting to follow as it unfolds. Unless there’s a wink and a nod that we’re not hearing about, with Brady having strongly indicated to Belichick and team owner Robert Kraft that he’ll be back, Belichick, wearing his general manager hat, has to be looking closely at NFL free agents-to-be and the talented QB draft class. That dynamic surely has the scouting and coaching staff energized in a strange way that most of them have never experienced, at least not in New England.

That’s the mode a team has to be in with free agency. It may seem unlikely that Brady would leave his cocoon in New England, but if the possibility exists, then the organization has to address it and engage in due diligence. And even if Brady returns, the Pats are likely to draft a QB within the first three rounds due to Brady’s age.

Meanwhile, in the Brady camp is Don Yee, an outstanding agent I know well from our past negotiations. Yee is preparing his game plan for how he approaches the Patriots, knowing full well that Kraft will play a prominent role with Belichick in contract talks about a return to New England. Yee also is ready to gauge the interest of a handful of teams that Brady would consider joining, whether due to the quality of the supporting cast or the city.

Yee probably won’t mind if the Patriots get a bit nervous that Brady could be looking for a change if it results in an increased offer. Although, with all his career earnings, endorsements and his supermodel wife Gisele’s wealth, Brady has taken a lower salary in the past compared to other top QBs so the Patriots could build a strong team around him. That would likely be the case again if he returns.

There are many examples of famed QBs leaving their original teams, and rarely has it worked out for the player or his new team. Johnny Unitas from the Jets to the Chargers and Joe Namath from the Jets to the Rams represent the horror stories that lasted only one inauspicious year.

Yet we saw Peyton Manning win a league MVP award and a Super Bowl with the Broncos after being jettisoned by the Colts. And after a failed year with the Jets, Brett Favre led the Vikings to the NFC title game before falling to the Saints amid Bountygate. Joe Montana had a nice run in Kansas City when he led the Chiefs to the postseason in his two seasons there.

But there’s no denying all of the above QBs are firmly associated with their original teams, as would be the case if Brady were to join a new team.

Brady’s fantastic conditioning and nutrition regimen has enabled him to last this long. But the facts are he is going to be 43 next season, and he is coming off a mediocre season by his standards. His supporting cast, especially at wide receiver, was an issue and is surely a topic of discussion between Brady, Yee, Belichick and Kraft. How will things be different in 2020 if Brady is back?

While I expect Brady to remain in New England next season and eventually retire as a Patriot, it would create a lot of excitement if he were to change teams. I hope it doesn’t happen, because chances are it wouldn’t be the best way for the G.O.A.T. to finish his career.

But stranger things have happened in the sports world, so stay tuned.

Jeff Diamond is a former president of the Titans and former vice president/general manager of the Vikings. He was selected NFL Executive of the Year in 1998. Diamond is currently a business and sports consultant who also does broadcast and online media work. He makes speaking appearances to corporate/civic groups and college classes on negotiation and sports business/sports management. He is the former chairman and CEO of The Ingram Group. Follow Jeff on Twitter: @jeffdiamondNFL.