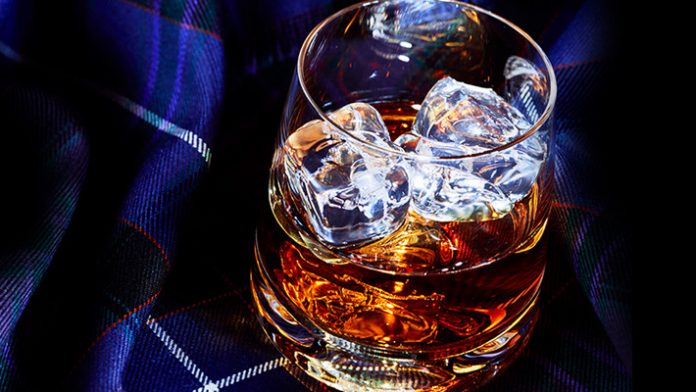 Here at UPROXX, we love the likes of Buffalo Trace, Woodford Reserve, and Jim Beam just as much as the next whiskey drinker. But these larger brands definitely aren’t hurting for fans (or cash). That’s why we try our best to give props to the smaller outfits whenever possible. If we find ourselves in a random town and we come across a small distillery, you’d better believe that we’re going to stop in and see what they’re currently crafting.

We also love to purchase bottles from lesser-known brands whenever possible. That’s how you discover exciting expressions, after all. Alex Pendergrass, bartender at Hotel Viking in Newport, Rhode Island agrees with that approach. His travels have helped him to locate a few small distillery gems.

“Mad River in Burlington, Vermont is doing really great things with their blending,” he notes, adding, “I enjoy Sons of Liberty in Kingston, Rhode Island as well. They’re a small blender and bottler who have seen steady growth over the last several years.”

Just about every bartender out there has a small whiskey they’re keen to support. So we asked some of our favorite bartenders to tell us their personal faves.

I just tasted the lineup for Wyoming Whiskey. I really liked it and plan to use it a good bit this spring. They make their own stuff and don’t just buy a ton of spirits from Indiana and slap a label on it. I don’t have a problem with that as a business practice and there is great stuff that comes out of that mass-produced hooch but I appreciate the ones that do it all (or mostly all) in house.

Moe Thajib, director of food and beverage at Art and Soul in Washington, DC

Gertrude Rye from Miscellaneous Distillery is a whiskey brand I love supporting. Not that many people know about it yet, but it’s balanced, and spicy flavor profile can be enjoyed neat or in a cocktail.

Cody Henson, beverage director at The Alida in Savannah, Georgia

Manifest is making a killer rye down in Florida. They use a good amount of wheat in the mash bill that softens the spice a little bit, and the flavor is great. I love that stuff.

I’m a fan of Widow Jane from Brooklyn. I had the pleasure of trying their Baby Jane Bourbon the other day. It’s amazing and perfectly suited for mixing or sipping.

Allie Pochodzilo, bartender at The Chester in New York City

I’m going to have to go with WhistlePig. I remember when it was fairly new, so it’s nice to see them continue to grow. It’s also a great rye whiskey to drink on its own but pairs wonderfully in cocktails.

I don’t have an opinion on this. I’m a traditionalist with a lot of whiskeys, so I mostly stick to the tried-and-true players. Brenne makes an interesting whiskey. It’s distilled in Cognac, France. A city associated more commonly with that other spirit.

If I have to pick just one, I’ll go with Jefferson’s Bourbon The Brand’s Ocean Bourbon is a real winner because it rests in barrels on a shop on a ship, sloshing and around in its barrels — enough said.

Town Branch Bourbon. Small distillery in Lexington, Kentucky. Bourbon and water used to referred to as bourbon and branch meaning the branch water and streams that run through Kentucky while sitting on a huge area of limestone help naturally filter out iodine to make a better quality whiskey/bourbon.

I really like Ohishi whisky, they do really cool limited bottlings and show a range of styles. I dream of visiting their distillery in Japan.

I love Tuthilltown Spirits Hudson whiskies. I would still classify them as small compared to some of the behemoths out there and has some of the most delicious bourbons outside of bourbon county.

I love Smooth Ambler from West Virginia. By chance, I happened to be around the distillery and they gave a great tour and tasting. Contradiction Bourbon is not to be missed.

Jay Oakley, bartender at B & O Brasserie in Baltimore

Ryan & Wood is a small, family-owned distillery by Bob Ryan and nephew Dave Wood in Gloucester, Massachusetts. They have excellent wheat whiskey with a smooth finish and their rye has a nice spice and burn to it.

I am a big fan of Middle West and the whiskies and ryes they produce. Located in Columbus, Ohio, they source all of the ingredients locally and make an awesome product. They offer tours where you can see the original footprint, the first expansion, and the upcoming planned expansion. They also have a restaurant that pairs courses with spirits. It’s a fun day trip.

2019 has been an incredible year for me. I attended my last wedding of the year Saturday night as a guest in Princeton, NJ. I got to witness a beautiful couple in love, make so many new friends, and dance the night away. I loved closing out the last weekend of the year as a guest… a wonderful reminder of what weddings are like for most people. Amid all of that reflection it feels apropos to look back to my very first wedding of 2019 at @republicrestoratives. It was an intimate wedding full of great design, caring and politically-savvy do gooders, and again, so much love and happiness. And it would seem, I totally didn’t see it coming, but there was even a tiny thread of foreshadowing in the whiskey theme. And that makes me so, so happy. Whatever else is going on in the world, there is still so much love shining out there, y’all. ⠀⠀⠀⠀⠀⠀⠀⠀⠀ ⠀⠀⠀⠀⠀⠀⠀⠀⠀ #washingtonianweddings #weddingwire #districtwedding #theknot #wedding #weddingday #realwedding #soloverly #catalystwedco #aisleperfect #marthaweddings #stylemepretty #theysaidyes #dcweddingphotographer #dcweddingphotography #marylandwedding #theweddingbliss #loveintently #aimeecustisweddings #whiskey #republicrestoratives

Republic Restoratives Distillery is a fellow D.C. neighbor and it is women-founded and owned. Their Borough Bourbon is delicious. I love working with their team and their amazing products.

Nelson’s Greenbriar. They are a Tennessee time capsule with their flagship Tennessee Whiskey emulating the exact recipe that their ancestors produced in the years before prohibition. Their Belle Meade Bourbon is also fabulous, and, being a Nashville native, we have certainly joked that we might, in fact, be related.