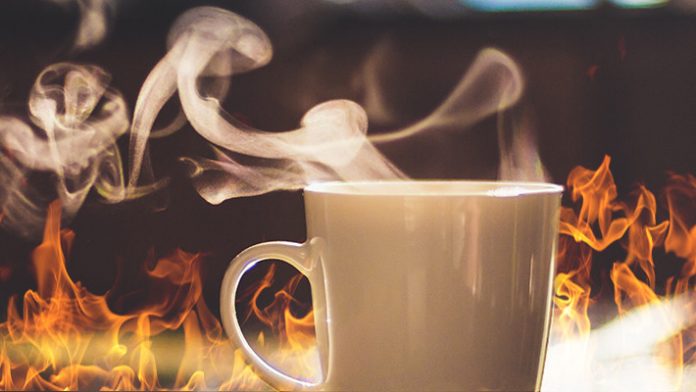 We think Paul Rudd’s character in Forgetting Sarah Marshall said it best when he said, “Oh, the weather outside is weather.” The weather outside is weather. For some, it’s completely horrendous and for others… eh, not so bad. Still, the February doldrums are here and we all need a pick me up. That’s where hot cocktails come in. This week, we’re specifically talking about rum-based hot cocktails like the hot buttered rum and the rum hot toddy.

“The key to making great hot drinks is keeping the ABV low,” he says. “Heat helps the alcohol rise and will fry all your nose hairs if there’s too much. Save the over-proof rums for daiquiris. In winter, go for molasses-y or even spiced rums.”

Will Benedetto, director of Bars for IGC Hospitality in New York City agrees.

“White rums are great but I wouldn’t want to butter one,” he says. “You need something with some spice and that comes from a quality rum that’s spent some time in oak. Matured rums have some beautiful age on them, giving you all those delicious holiday spice notes while still being affordable.”

To figure out which bottles fit the bill, we asked some of our favorite bartenders to tell us their go-to rums for mid-winter hot cocktails.

My hot butter rum is plant-based, but still, I dig spiced and aged rums for this. Something with age and a touch funk. Diplomatico Reserva gives off that maple, orange flavors that go great in any “buttered” rum.

El Dorado 12 Year Rum is perfect for hot buttered rum. The dark molasses and brown sugar notes coming off that rum are killer in all hot cocktails, especially ones using spiced butter.

Black Strap Cruzan rum. Its unique flavor of licorice and molasses sets it apart from other rums. Goes great with lemon, lime, pineapple, ginger etc. The licorice note would add such a great kick to a hot rum cocktail.

I like Diplomatico Mantuano a lot. Just rich enough, but not too viscous. And the price is really nice. Perfect for a hot, wintry drink.

When it comes to hot, rum-based cocktails, I reach for Don Papa Rum out of The Philippines. With notes of vanilla, honey, and candied fruit it makes a perfect hot buttered rum.

I can only think of one rum for a hot cocktail. El Dorado 5 Year has all the notes that work well in a hot buttered rum — like vanilla and a strong nuttiness.

When it comes to crafting delicious hot cocktails, it’s important to have the right rum. That’s why I use Mount Gay because it’s a great mixer with unique flavor notes.

Will Witherow, beverage director at Live Oak in Alexandria, Virginia

When mixing up a hot cocktail, I like to use Bacardi 8. A rich, aged rum with notes of nutmeg and clove as well. Bacardi 8 makes this velvety drink the perfect accompaniment on cold nights.

I tend to always gravitate towards richer rums with just a touch of funk for a hot rum cocktail. My go-to for mixing is Santa Teresa 1796 Solera rum.

If you need a rich, spiced rum for warming, winter cocktails, look no further than Bacardi. Specifically, Bacardi Oakheart. All of the spice and vanilla notes are great in a hot buttered rum and other drinks.

I absolutely love the Plantation Rum line, and as far as a rum to mix in a hot cocktail goes, Plantation Dark Rum is my go-to pick. Plantation Dark has a beautiful spice forward nose (think cinnamon, black peppercorn and clove), but on the palate you get dry, fruity flavors that finish with a subtle spice. Because this rum is not overly sweet, it plays well with the sugared, saturated flavors typically found in a drink like a hot buttered rum.

I’m a Samaroli rum addict. Often high in proof, these rums almost mimic whisky with a touch of sweetness. They are utterly delicious.

We love rum at Doug Fir, and continue to find new methods and techniques to really show off how versatile it can be. One of our favorite ways to use rum here is blending various rums to better fit its application. Our signature Hot Buttered Rum contains four different rums that work in harmony with our house butter mix. Zacapa, Pussers, Plantation Three Star, and Wray and Nephew do the trick for us.

Mike Wolf, author of Garden to Glass: Grow Your Drinks from the Ground Up

If I’m making a hot rum-centric cocktail, I like El Dorado 8 year for the notes of butter and black tea. What could be better for a hot buttered rum?