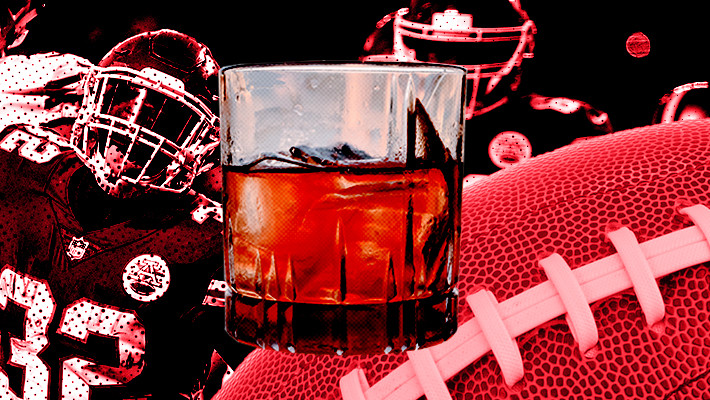 America is going to party hard this coming weekend. Nachos are going to pile up alongside chicken wings and BBQ. The beer will flow with plenty of hard seltzer thrown in for good measure. There’s going to be a lot of folks calling in “sick” next Monday. Seriously.

Not to add to the chaos, but for a proper Super Bowl party, held in the dead of winter, having a few great bottles of whiskey on hand is always a solid play. The bottles of whiskey featured below are sourced to help you get through the day as the carbs pile up and the game starts, peaks, and ends. These expressions represent the styles of American whiskey sure to dominate the market in 2020. Better request that day off now.

Oregon’s Westward has been lauded again and again as one of the best craft distilleries in the country. The distillery takes their gorgeous American single malt and finishes it for a year in casks that are seasoned with local Oregon craft stouts from breweries including Bent Shovel Brewing, Breakside Brewing, Culmination Brewing, Ex Novo Brewing Co., Fort George Brewery, Migration Brewing, and Sky High Brewing.

It’s a veritable murderer’s row of great craft beer melding with great craft whiskey and perfect for talking about before things kickoff both figuratively and metaphorically.

Cinnamon and nutmeg give way to dark cherries and a hint of banana as a flourish of orange enters the fray. That orange zest leads to a bitterness that, in turn, leads to hefty oak with roasted notes of both coffee and dark chocolate, malts, more orange, and pecans. Finally, a warmth builds with the orange, malt, and oak dominating.

Bottom line: Serve this one in a tumbler with an ice cube to open it up. It also works wonders in an old fashioned.

A great sour mash draws back to the history of a distillery’s great whiskeys. It’s heritage in a bottle, thanks to parts of the mash (water, grains, and yeasts) passing from one batch to the next. Michter’s knows what it’s doing when they create their refined whiskey. The whiskey has a multi-grain bill (with a corn and rye focus), an expert barrel program, and is bottled in small batches — keeping it unique.

Sip this and reflect on how football — regardless of how you feel about it — is deeply tied to the heritage and history of the nation. Or just admire its warming qualities as the game kicks off and folks get friendly.

The sip starts strong with big notes of Christmas spices, candied fruit, smoked fruit, and bold vanilla. The caramel shines through and is soon highjacked by the Christmas spices and fruits, heading towards a rye finish. The oak comes through with a sense of tart berries, buttery caramel, and vanilla soaked in honey as the spice fades on the end.

Bottom line: This is a great whiskey to use in a spicy, zesty, and sweet old fashioned or Manhattan.

Okay, you need a whiskey that’ll last and not pull focus from the game. Everyone’s attention is going to be there. So something like Wild Turkey Rye is the perfect, standard accompaniment to this phase of the shindig. The high rye mash bill and alligator charred oak aging mean there’ll be big flavors that will keep the fires stoked but not take anyone out of the moment.

Smoke, sharp spice, and rich vanilla pods combine on the opening of the sip. That spice and vanilla carry through as notes of rich honey mingle with tart fruits and a whisper more of that charred smoke from the oak. The spice peaks as the honey fade into a warming finish that leaves you wanting another pull from the bottle.

Bottom line: Serve highballs with plenty of ice and good bubbly water. Add a twist of lime for flair.

With J-Lo and Shakira headling the half-time show, you’re going to need a change of pace and a stone-cold classic whiskey. The beauty of this sour mash Tennessee whiskey is in the craftsmanship. This is one-of-a-kind whiskey that’ll wow your guests (just like J-Lo and Shakira likely will).

You’re greeted with cinnamon, caramel, and ripe apples while hints of oak and vanilla linger on the back end. That caramel apple leans into a sweetness more akin to brown sugar while the malts give you a sense of spicy and rich yeast-risen cinnamon rolls smothered in icing. The vanilla, spice, and apple fade with hints of caramel lingering towards a bitter chocolate and tart black cherry end.

Bottom line: Serve this one with an ice cube in a tumbler. Savor. Enjoy.

THE “IS IT OVER YET? I’M GETTING TIPSY” DRAM — WATER

Always serve plenty of water at a party! Serve one glass of water with every drink to your guests. It’ll save on people getting too lit (and being too hungover Monday morning). Plus, if it’s a close game and there are rival fans, this will calm things.

Jack Daniel’s takes its time when selecting the best of the best barrels from their rickhouses. Each of these bottles represents the heights Jack Daniel’s Tennessee whiskey can achieve and why the brand has been so beloved for so long. These bottles are also amazingly affordable for being from actual single barrels. Expect to pay around $50 per bottle — allowing you to be plenty generous as things come to a close.

Strong notes of charred oak lead towards a mild note of banana with subtle caramel. Hints of vanilla lurk in the sip as ripe apple, buttery caramel, and dried sweet herbs linger. The sip ends strong with a clear sense of vanilla, banana, oak, and caramel with a warming embrace.

Bottom line: Take it as a shot for the road (or a victory shot if your team won).