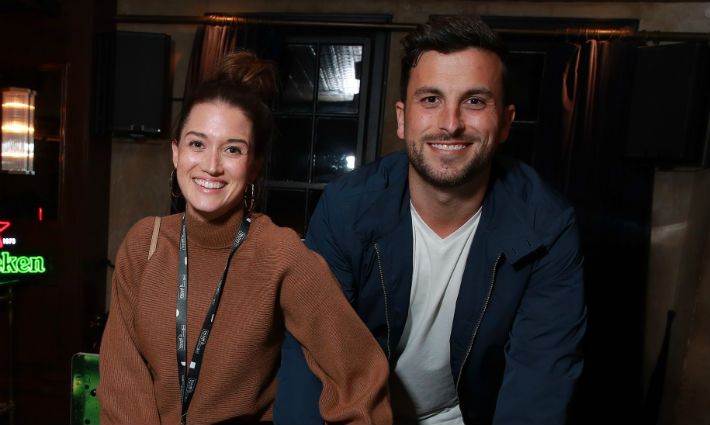 Jade Roper Tolbert, who won a $1 million prize on DraftKings during the NFL postseason and drew suspicion from followers about her lineups, will not get the prize money after all. On Saturday, DraftKings announced that they were rescinding the prize after an investigation into Roper Tolbert and her husband, Tanner Tolbert, who apparently colluded on their entries.

On Wild Card Weekend, the former Bachelor contestant and Tolbert, her fellow show alum husband, admitted the former won big on a daily fantasy football contest run by DraftKings. But fantasy players quickly pointed out extremely specific entries that almost certainly pointed to collusion: in essence, combining their 150 total entries together to significantly up their chances of hitting a big win.

Both denied the claim, but DraftKings said it would investigate in light of the coincidences. And on Saturday, they announced they would revoke the win, meaning the $1 million prize the Tolberts thought was coming is now gone.

The tweet was vague, but ESPN reported that one of those contests was, indeed, the one Roper Tolbert allegedly won.

According to ESPN’s David Purdum, DraftKings may have known something was up with their accounts earlier in 2019, though they got payment methods in order in time to continue betting. They had also lost a significant amount on betting before their Wild Card weekend payday.

In August, DraftKings temporarily restricted Jade’s new account, citing a “shared payment method with another DraftKings account,” and requested additional documentation. According to emails reviewed by ESPN, the Tolberts complied with the requests, received confirmation from DraftKings that their information had been verified, and Jade began playing regularly.

The Tolberts, who met on the spinoff “Bachelor in Paradise,” played on DraftKings openly throughout the season, never with much success or scrutiny other than from an occasional fan on social media. According to contest data provided by a third party and verified by ESPN, the Tolberts were down nearly $62,000 on their football entries at DraftKings this season before wild-card weekend.

That payday, of course, is now gone. Neither Jade — whose tweets are now protected — nor Tanner have commented on the decision as of this posting.