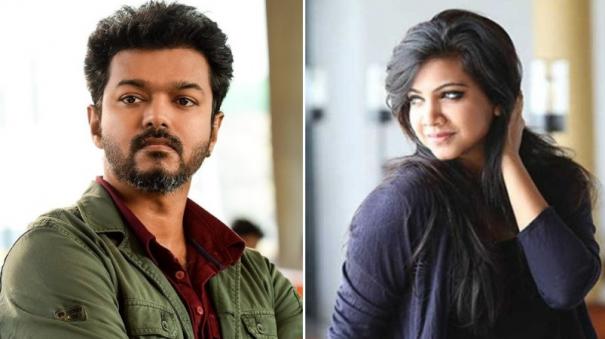 It is reported that Madonna Sebastian will be playing in an important role along with Vijay in ‘Thalapathy 65’. Vijay starring Lokesh Kanakaraj directed the movie ‘Master’, The shooting is complete and the final post production works are in full swing. If not for the coronavirus threat, this time the ‘Master’ movie would have been released. Following the film, Vijay will be acting in the next film to be directed by AR Murugadoss. This is the 4th movie that Vijay and AR Murugadoss are working together. Sun Pictures is producing this movie. The official release of the film is expected to be announced on Vijay’s birthday.

It is reported that Madonna Sebastian will be playing an important role in ‘Thalapathy 65’. She seems to be playing a role other than being the heroine of the movie but sources says that it’s a meatier role for this wonderful actress. However, no official announcement has been made.