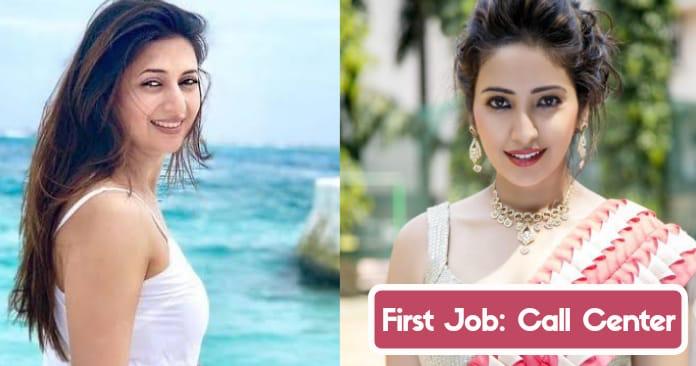 Salary is important in the most basic sense — the vast majority of people wouldn’t do their jobs if they weren’t paid for it. We usually tend to wait for the month-end for the most important thing, Salary!! Right?

Having a salary in hand is something which gives us immense pleasure and the feeling of being rewarded for our hard work. In fact, a salary becomes even more special when it is the first one and we always tend to remember our first salary, right?

It’s a defining moment in life that signifies achievement and independence. So today, we have gathered a list of popular television stars and their first salaries. Let’s have a look:

Hina got ₹45,000 for shooting some episodes of “Yeh Rishta Kya Kehlata Hai” and that was her first salary ever.

Lopamudra was part of a fashion show and earned ₹5,000 as her first paycheque.

She featured in a show on Sahara One called “Sath Rahega Always” that got her ₹1,35,000 as her first paycheque.

Meghna worked as a tennis counselor in a New York-based sports academy and got $700.

She modeled in a detergent advertisement and was paid ₹10,000 for it.

He featured in an advertisement for Bank of Allahabad and earned ₹600 as his first pay.

Ravi got ₹20,000 for featuring in an advertisement.

As a kid, he was a clap boy on the sets of the TV show Parampara where his father was an actor. The director gave him ₹101.

He featured in an advertisement for Reliance in Vishakhapatnam and was paid ₹2,500 as his first salary.

He was paid ₹3,400 for a fashion show as his first salary.

The actor played an insignificant role in a film with a friend and was paid ₹300 for it.

The actress worked in a BPO for extra money in Dehradun and earned ₹3,500 per month.

She was a trainee software engineer in a firm and earned ₹18,000 as her first salary.

She did an internship during her post-graduation in a corporate firm and got ₹1,000 for it.

She accompanied her aunt for a Mehendi ceremony and got ₹500 for applying Mehendi to someone.

In Bhopal, she anchored a small program on All India Radio and earned ₹250.

She did a photo shoot for a hair oil brand and earned ₹1,000 for it.