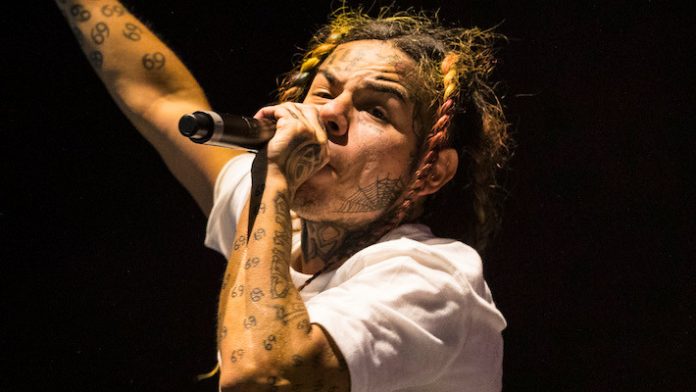 TMZ reports Tekashi 69 won’t be staying in New York City when he comes home from prison later this year, after earning a reputation as a “snitch” for his testimony against fellow members of the Nine Trey Bloods set that backed his rise to stardom. According to the report, not only will Tekashi look to increase his security — an endeavor that figures to cost him well into the millions — he’ll be getting the hell out of dodge as soon as the federal probation department approves a move. He previously declined witness protection.

However, the report also points out that very few security professionals are willing to work with Tekashi due to his high profile in combination with his status as a cooperating witness, which they feel makes him a likely target and too much of a risk. Tekashi reportedly plans to release new music upon his release as well, but there’s some speculation that even if his streaming numbers reach their pre-prison levels, there’s no way for him to tour to make money, which may complicate his plans of relocating to a new home with “Fort Knox-like security.”

Of course, all this supposes that anyone would care enough to take a shot at Tekashi; let’s all keep in mind that we’re going on six years of rappers threatening George Zimmerman and that guy has been walking around untouched and openly taunting Trayvon Martin’s family ever since. Keeping things in perspective, Tekashi will probably have to get a new job, but will likely see enough revenue from streams to support a more modest, under-the-radar lifestyle — aka, the thing he should have been doing all along.