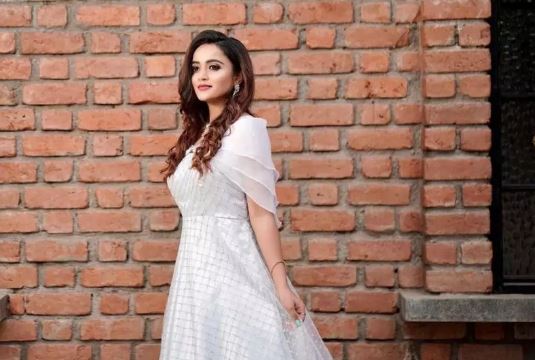 Tejaswini Shekar is an Indian actress who hails from Karnataka. Tejaswini has worked in television shows such as Sangarsha, Soubhagyavathi and Mullum Malarum.