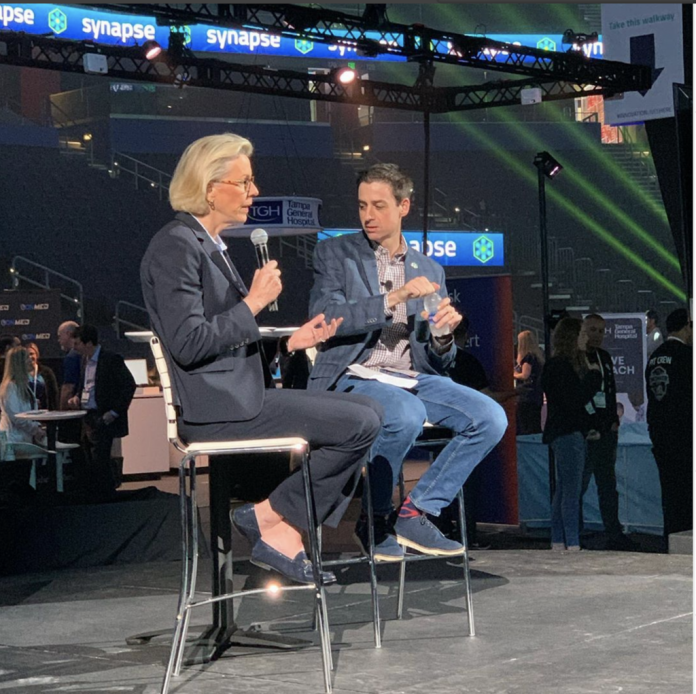 Tampa’s new and possibly most innovative mayor, Jane Castor, is opening up the discussion about how to fix problems in her city. In her Intersection to Innovation program, Mayor Castor is giving residents and businesses the opportunity to pitch their tech disruption ideas to key city personnel.

Her focus is on issues including transportation, housing affordability, workforce development, and sustainability and resilience.

“Transportation really is the region’s Achilles heel,” Mayor Castor told gatherers during the Synapse Summit. When asked how she would prioritize these issues, the mayor responded “I say we’re so far behind we think we’re first, and we really need to have transportation solutions. You’re not going to get a job and if you don’t have a good-paying job you’re not going to be able to afford a home.” Sustainability and resilience is the “overarching issue” for Florida, Mayor Castor affirmed. Tech disruption, as the mayor sees it, is the solution.

The former police chief has never considered Tampa’s transportation infrastructure up to par, and now as mayor, she is ready to do something about it. The city is investing in an app that will streamline access to transportation opportunities, including ride-shares, the Pirate water taxi, busses, scooters, and the Ybor-Channelside Streetcar. She intends on expanding the Streetcar line farther north to give residents who work downtown more options to get to and from work.

Castor supports these innovations as she aims to make Tampa Bay more walkable. For this, Tampa will invest in a 20-mile green artery, linking neighborhoods with a pedestrian-friendly option.

Focusing on a diversity of businesses and ways tech disruption can be of service, Castor hailed the recent ribbon cutting at Embarc Collective, a startup incubator program funded by Tampa Bay Lightning owner Jeff Vinik.

The Mayor  supports widening the range of businesses in Tampa, especially those run by minorities and the LGBTQ community. According to her, “We just want to see the innovative ideas that different groups will bring to issues that are facing the city.”