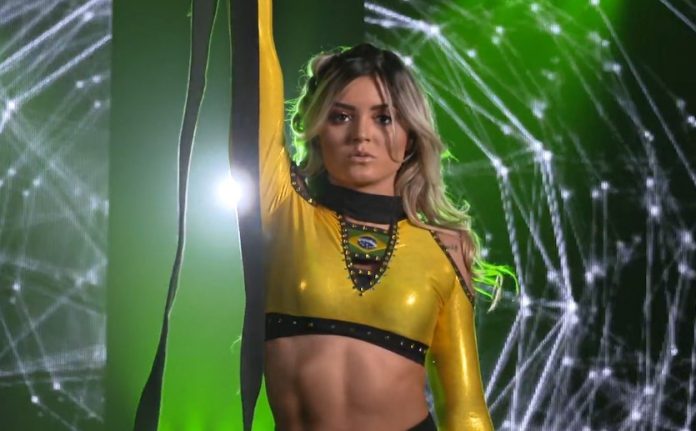 A member of the NXT women’s division is done with WWE, according to Fightful Select. Taynara (fka Taynara Conti) has reportedly cleaned out her locker after a dispute in mid-January that was most likely over money.

Taynara’s last televised NXT match was in December against Candice LeRae, and she appeared on house shows until halfway through last month. She starting working for WWE in October 2016, when she joined the Performance Center as part of the same class as Aleister Black, Roderick Strong, Sarah Logan, Killian Dain, Reina Gonzalez, and others. She’s also one of several women who participated in both Mae Young Classic tournaments, along with Mia Yim, Mercedes Martinez, Rachel Evers, Rhea Ripley, Reina Gonzalez, and Xia Li.

Taynara joined WWE with a background in judo, which informed her wrestling style. Her persona combined her martial arts skills with her Brazilian heritage, good looks, and the catchphrase “Latinas do it better.”

Neither Taynara nor WWE have yet to respond to the report of her leaving the company or the financial dispute.