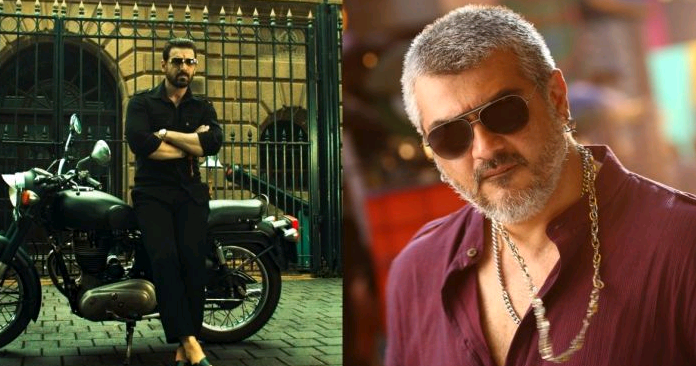 From the past many years, we’ve seen how Bollywood has remade some of the best South Indian films. Blockbusters like Bodyguard, Rowdy Rathore, Ghajini, etc are all just the best remakes of the film produced by the South industry. We have to say that this proves a fact that the content there is surely very promising which is why Bollywood is always keen to adapt their next moves.

In 2019 we witnessed one of the biggest hit Kabir Singh which was also a remake of the Telugu film Arjun Reddy. Not just Bollywood but many other industries remade Arjun Reddy in their own language. So be ready to embrace yourselves again with some more and better remakes this year.

So here is a list of some South Indian Films that will be adapted by Bollywood in 2020.

Sunil Shetty’s son, Ahan Shetty is all ready and set with his debut film “Tadap” which is the remake of the Telugu blockbuster film “RX 100”. Ahan will be seen next to Karan’s student Tara Sutaria in this film. For starters, this film is about a young boy who falls passionately in love with a politician’s daughter. When things don’t work out and they get separated, he turns angry and frustrated and starts creating extreme violence.

Even with a rich career, Akshay Kumar chose to portray such a hard role in this film. In the original film, R. Sarathkumar did a fantastic role in essaying a character who’s being possessed by a transgender ghost. The viewers are positive that this film will be a hit and Akshay will be seen opposite Kiara Advani in this film. By 5th June 2020, Laxmi Bomb will be on your silver screens.

After Kabir Singh, Shahid Kapoor has again teamed up with another South Indian film. This time he’ll share the screen with Shraddha Kapoor and the duo is already working on the project. The plot revolves around the story of a cricketer who failed initially but then again gets on the track in his 30s just to keep his son’s wish for a jersey.

Vijay Devarakonda has already won our hearts with his work and after Arjun Reddy’s success Dharma Production purchased the rights of his recent release too. The cast of this film has yet not been decided but the speculations say that either Rajkummar Rao or Shahid will play the lead. Same as Arjun Reddy, Vijay played the role of a hot-headed union leader who falls for a state-level cricketer named Lily. But the anger comes in between while uniting with Lily. This film is said to release by the end of 2020.

Bangalore Days was a blockbuster Malayalam film and was about three cousins who decide to relocate to Bangalore. While they embrace their childhood dream of living in that city, they also face challenges that completely change their lives. Dulquer Salman played the lead in this film and in the Hindi remake, Sushant Singh Rajput will the playing that role.

Bollywood has already laid their hands on this 2016 rom-com hit film. The story is about a first year engineering student who falls for a senior girl who’s in her final year. Some events then take place in his life which changes his perception and he tries to fight and mend his ways out of it. According to sources Karthik Aaryan was supposed to essay this role opposite Jacqueline but he walked out of this film. So things are pending but it’s decided that the makers will wrap up this film by this year only.

After many action-packed films, you’ll again get to see a film like this which is 100% based on action and drama. The story revolves around an ex-convict who is also a father and after his release from jail, his wish was to see his daughter. But due to interferences by an Inspector his wait gets delayed. This film had no song or heroine, so let’s see how Bollywood will show us this film.

After many amazing releases, John Abraham will be seen in the Hindi adaptation of “Vedalam”. This film is about a guy who was once an underworld don but later turns into a cab driver to avenge the murder of the parents of his sworn sister. The film is still on its initial stage but the commencement is said to start soon.