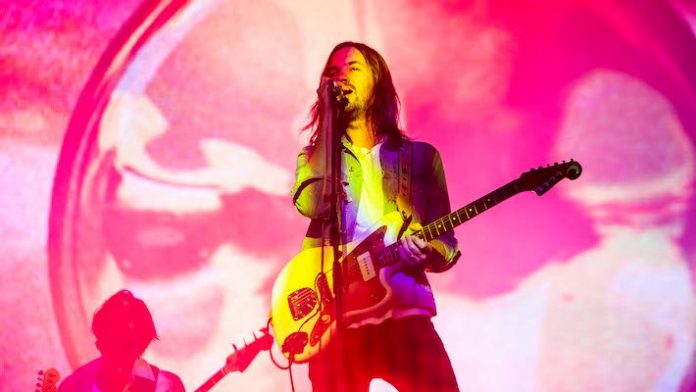 Tame Impala is on the verse of releasing a new album, The Slow Rush, his first since 2015’s Currents. It’s been a long gap between records, but that doesn’t mean Kevin Parker hasn’t been busy. Between 2015 and now, he has collaborated in various capacities with Lady Gaga, Mark Ronson, Travis Scott, Kali Uchis, Camila Cabello, and Kanye West, among others. It looks like he’d love to do more of that, as Parker has now said he wants to “be a Max Martin,” referring to the legendary pop songwriter who was written for and/or with dozens of culture-defining artists.

Parker is the subject of a new profile from Billboard, and in the piece, he says he wants to collaborate more: “I hope to one day be able to do what I do on my own in a room full of people. That’s the ultimate goal for me.” He also said that while working with Cabello and Gaga, he realized he wanted to write for pop artists: “It’s the yin to the yang of psychedelic rock — writing a catchy, sugary pop song that’s like, three minutes long. I want to be a Max Martin.”

The piece goes on to say that Dua Lipa and Arctic Monkeys have reached out to Parker about working together, and Parker’s manager Jodie Regan also said, “I know he’s got his eyes on Beyonce.”