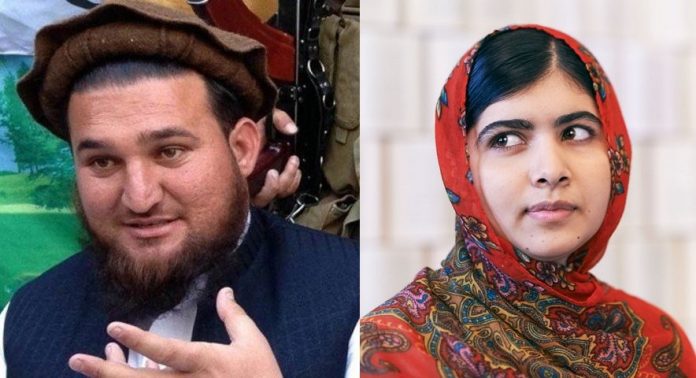 Taliban terrorist leader Ehsanullah Ehsan, who had shot the controversial Nobel Prize winner Malala Yousafzai for campaigning for female education in Pakistan’s Swat Valley in 2012, has reportedly escaped from a prison in Pakistan.

The story of his escape came to light after an alleged audio clip was released by the former Taliban spokesperson, confirming his escape. Ehsan who had surrendered to the Pakistani forces on February 5, 2017, has complained that the law enforcement failed to deliver on its promises made to him. This motivated him to escape from the confines of the Pakistan security agencies.

Ehsan alleged, “I followed the agreement for about three years. But these shrewd security institutions put me in prison along with my children in violation of the agreement.” The Taliban leader did not reveal his location but stated that he would announce his future plans in the upcoming days. It is important to mention that the authenticity of his audio clip had not been verified by the Government of Pakistan.

Ehsanullah Ehsan said in the audio clip that he escaped on January 11. According to reports, Ehsanullah Ehsan escaped during an operation against terrorists being conducted on the basis of information gathered from him. Reportedly he has escaped to Turkey, Pakistani authorities are still silent about the news of his escape.

The Taliban leader was also responsible for the terrorist attack in Peshawar Army school in 2014 that resulted in 149 deaths (including 132 children). The mass shooting was executed by 8-10 suicide attackers who wore paramilitary Frontier Corps uniforms and shot mercilessly inside school classrooms.

Reportedly, parents and family members of the victims have now filed a petition in the Peshawar High Court seeking contempt of court proceedings against government officials over reports of the Taliban leader’s escape.

The petition adds that Ehsan’s escape had raised fear in the hearts of parents as he was responsible for the Peshawar Army Public School massacre and the families of those who lost their lives in the attack still awaited justice.https://t.co/nQVzboIJGF

Malala Yousufzai, the youngest Nobel Peace Prize Winner, has often being accused of staying silent on the plight of religious minorities in the Islamic Republic of Pakistan. In 2019, she came under the scanner for peddling fake news about a Kashmiri girl not being able to write her exam, owing to the lockdown post the abrogation of Article 370.