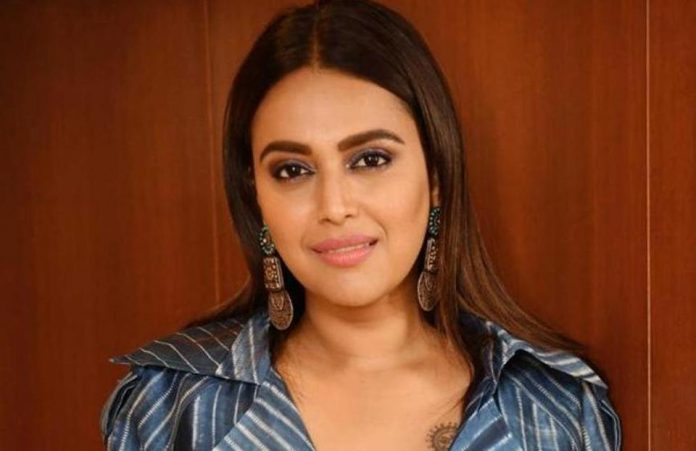 Indore: Actor Swara Bhaskar Sunday questioned the Central government on the need and justification for the Citizenship Amendment Act if Adnan Sami, the singer of Pakistani origin, could be offered Indian citizenship and Padma Shri award under the prevailing provisions.

“A legal process of granting citizenship to refugees and capturing infiltrators is already in place in this country. You (the government) have granted Indian citizenship to Adnan Sami and now selected him for Padma Shri through the prevailing process,” she said at a rally here.

Swara who was in town to address ‘Save the Constitution, Save the Country’ rally, said: “On the one hand you abuse us (anti-CAA protesters), cane-charge us, slap us, hurl teargas shells at us and on the other hand you award Padma Shri to a Pakistani. This government calls us members of ‘tukde-tukde’ gang and anti-nationals for just sustaining the existing provisions for citizenship instead of imposing new discriminatory laws.”

Joining the thousands of people protesting CAA, she said the government had betrayed the Constitution through the new law.

“Those who invoke the CAA and the National Register of Citizens (NRC) keep harping about so called infiltrators having entered our country. Why are we unable to see these intruders?” she asked.

“The problem is they have intruded the minds of the government and the ruling party because the government has fallen in love with Pakistan. It sees Pakistan everywhere. My devout grandmother doesn’t chant Hanuman Chalisa as often as this government keeps chanting Pakistan mantra,” she said.

Without naming the RSS, the Hindi film actress said: “Sitting in Nagpur, these people spreading politics of hatred.Pakistan created a religious republic after the Partition in 1947. But we stood firm for a secular republic of India where one”s religion would have nothing to do with citizenship.”

“Jinnah (Pakistan’s founder Mohammad Ali Jinnah) passed away long ago. But his admirers want to divide the country again in the name of religion,” she said.

“If poha is Bangladeshi cuisine, then Kailash Vijayvariya, who grew up eating poha (in Indore) should be required to show his Indian citizenship papers,” she added.