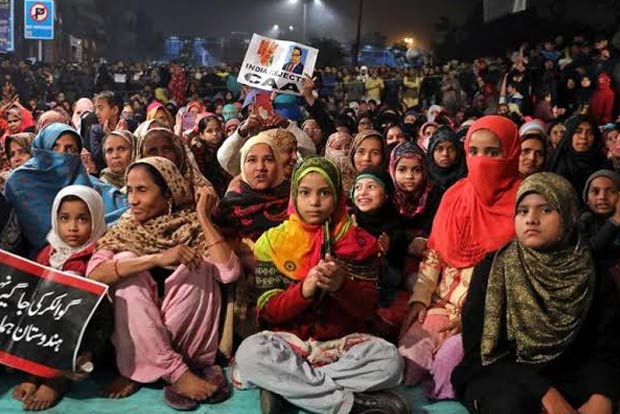 New Delhi: The Supreme Court took up Monday the issue of an infant dying on returning home from Shaheen Bagh where his parents had taken him along to the ongoing protests against the Citizen Amendment Act (CAA).

A bench headed by Chief Justice SA Bobde took strong exception to some of the lawyers opposing the court’s taking suo motu (on its own) cognisance of the matter.

“Can a four-month-old child be taking part in such protests,” the bench asked women lawyers appearing in the matter.

Solicitor General Tushar Mehta said it was not correct that minors like the 4-month infant should be taken to the protest site.

The apex court took suo motu cognisance of the matter following a letter written to it by a national bravery award winner Zen Gunratan Sadavarte, who said that minors be barred from participating in any type of protest and agitation.

The top court issued notices to the Centre and the Delhi government seeking their responses on the issue.

The bench, also comprising Justices BR Gavai and Surya Kant, expressed anguish over the two women lawyers who made a statement that children who participated in the protests have been dubbed as ‘Pakistani’ and ‘anti-nationals’ in their schools.

The bench also made it clear that it was not stifling anybody’s voice. “We are not stifling any voice. This is a properly constituted suo motu proceedings by the Supreme Court of India,” the bench said.

The two women lawyers said they were seeking intervention on behalf of journalist and activist John Dayal and a woman who is the mother of two children.

According to information available four-month-old Mohammad Jahan was taken to the protest site at Shaheen Bagh by his parents almost every day. He died of severe cold and congestion on January 30 after being exposed to the bitter cold.

A group of lawyers speaking for the protesters tried to point out to the top court that even environmentalist Greta Thunberg was a child when she turned protester. The bench retorted stating that lawyers should not make irrelevant comments. “If someone makes irrelevant arguments, we will stop. This is court. We have the highest respect for motherhood,” the top court said.