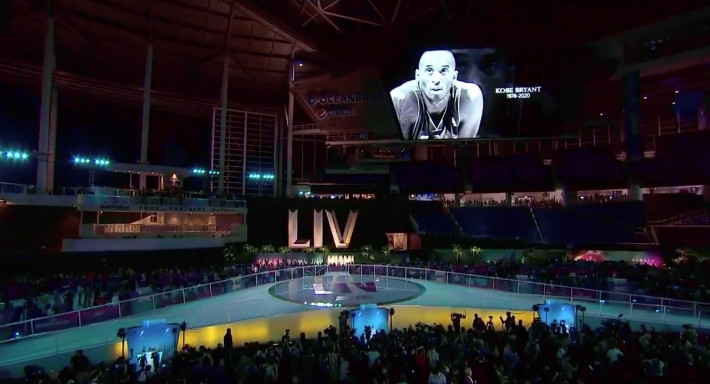 With the Super Bowl less than one week away, the NFL world is descending on Miami and the festivities officially “kick off” on Monday evening. The first event is Super Bowl Opening Night, which arrives as the media’s broadest early-week availability, complete with fans in the building this year at Marlins Park for what is always a spectacle. While the traditional “media day” is known at times for its absurdity, a different tenor arrived at the outset of the 2020 edition, with the NFL honoring Kobe Bryant and those who passed away in the tragic helicopter accident on Sunday with a moment of silence.

From there, “Kobe!” chants arrived from some of the fans assembled.

Quite obviously, Bryant’s passing is the most significant sports story in the world, even with the Super Bowl quickly approaching. As such, it makes total sense to honor him, his daughter Gianna and everyone that perished in this form, and doing it at the beginning of the event was the wisest course of action.

Along the way, trivial nonsense will almost certainly arrive during Super Bowl Opening Night and, eventually, the game will kick off on Sunday evening in Miami. For now, however, the focus of the sports world remains on the Bryant family and this was yet another reminder.