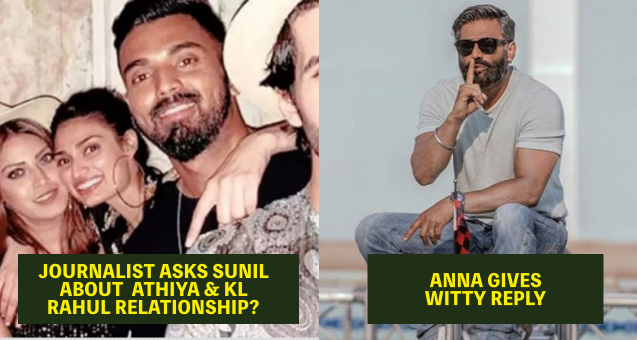 According to the linkup rumors, the two have been secretly dating for quite some time now. However, neither KL Rahul nor Athiya Shetty has ever confirmed this.

While the two have tried to keep their relationship under the wraps, their outings and social media PDA speaks volumes about their love affair. The couple has become the talk of the town.

While fans have been going back and forth with their speculations, Suniel Shetty has finally opened up about the rumored relationship between Athiya and Rahul.

In an interview with the Hindustan Times, Suniel was asked to throw light on the rumored relationship of Athiya and Rahul. However, Suniel Shetty had a witty reply instead of getting baffled by the question. He said:

“I am not having a relationship. You will have to ask Athiya. You come and tell me if it is true, then we will talk about it. You don’t know, how can you ask me then.”

In their last interaction on social media, Suniel Shetty had left a reply on Rahul’s Instagram post featuring him and Athiya candidly posing with each other.

In the picture, Rahul is holding the receiver of an old generation telephone, while, Athiya is smiling towards the camera.

Sharing the picture on his Instagram handle, in his caption, Rahul wrote, “Hello, Devi Prasad….?” which is a popular dialogue from the movie “Hera Pheri”.