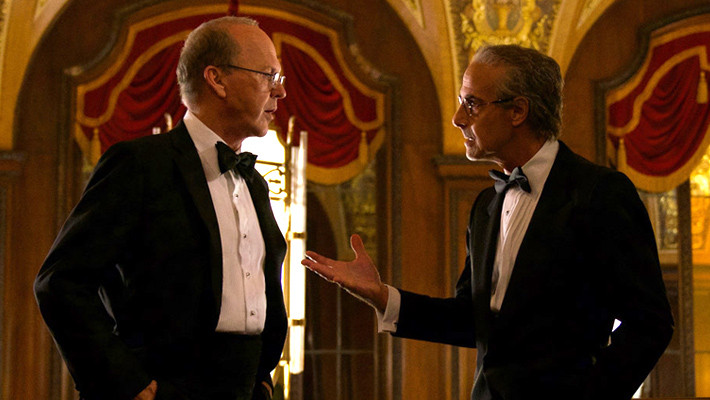 “How much is a human life worth?” Michael Keaton’s Kenneth Feinberg, in his thick Bawston accent, asks his class of Georgetown law students in the first scene of Sarah Colangelo’s Worth, which premiered this week at the Sundance Film Festival.

This is a question that, while crass and philosophically unanswerable, is something for which the law — thanks to wrongful death lawsuits and the like — actually has to come up with concrete answers. How does one decide? Does one count everyone the same? Do you consider future earnings? The dead person’s number of dependents? Whether they were a good person?

It’s an intriguing proposition, and one that will take on even greater importance for Feinberg when, thanks to his unique experience in this corner of the law, he is appointed the “special master” to administer a special fund the US government has set up for the families of 9/11 victims — whose lawsuits have the potential to bankrupt the airline industry and tank the entire economy, we’re told early in the film.

Keaton’s Feinberg is a bit of a prick at first, trying to exude “just the facts, ma’am” and tell jokes in front of a room full of angry 9/11 widows, widowers, and orphans who just ain’t having it. “Why is a dishwasher’s life worth less than a CEO’s?” they ask New Yorkily.

Eventually though, Feinberg listens to their heartbreaking stories — notably from a widower and opera fanatic played by Stanley Tucci — and learns the important lesson that those deceased were people, not numbers. Ah, now I get it. His emotional spirit sherpas include a deputy played by Amy Ryan and an assistant played by Shunori Ramanathan.

Throughout, Worth is almost comically vague about what Ken Feinberg actually does or how he goes about deciding the central question posed by the first scene and the title. How much is a human life worth and how do you decide?

Worth manages to go an entire movie without revealing a single amounT or formula, which is pretty incredible for a film that sets out to be the first film ever made about an actuarial table with a “number cruncher” for a protagonist. Its sheer lack of detail makes it feel kind of pointless — I have no idea what this guy actually decided or why, only that he seemed nicer towards the end of the movie and people signed up for his fund and I guess that’s a good thing because he didn’t have to look sad while drinking expensive wine in his mansion anymore. He valiantly “administered funds,” whatever that means. But Worth did have an abundance of sad 9/11 stories and likable actors courageously empathizing, so if that’s your bag I guess it’s your lucky day.