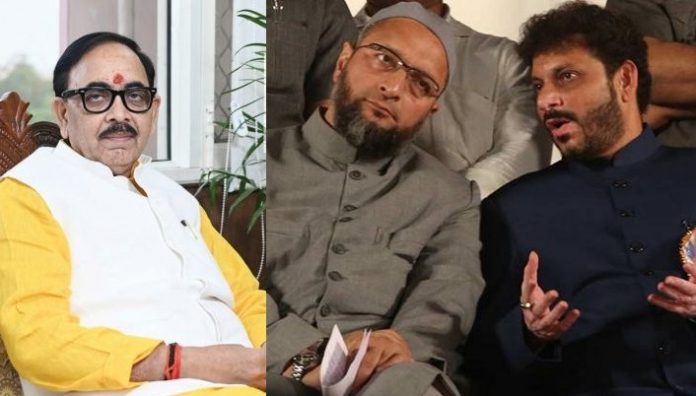 Union Minister and BJP MP Mahendra Nath Pandey on Friday said that the people like AIMIM leaders Waris Pathan and Asaduddin Owaisi shouldn’t be given much importance.

While speaking to ANI, Mahendra Nath Pandey said, “Much importance must not be given to a leader, who is influential in a small part of the city. The reason being it sends a wrong message to youth.”

“Such people should be discouraged and media must not pay attention to such people”, Mahendra Nath Pandey said on Waris Pathan.

AIMIM’s Waris Pathan was seen inciting Muslims in an anti-CAA rally in Gulbarga Karnataka last week, that too in presence of AIMIM Chief Assaduddin Owaisi Threatening Hindus, Pathan had said, “We are 15 crores but be aware we can still dominate over 100 crore Hindus and imagine what we can do to you.”

In a threatening voice, Waris Pathan had added, “We need to work together, we need to snatch our Azadi. Time has now come to achieve Azadi, if we cannot achieve it, we should snatch it. They were mocking us for hiding behind women (during anti-CAA protests). Do not forget, these are lionesses who have come out yet and you are already afraid of these women. Be aware and know what happens if we all (Muslims) unite together.”

Ever since the enactment of Citizenship Amendment Act, AIMIM party and its leadership, especially Hyderabad MP Asaduddin Owaisi has been indulging in fear-mongering about the new law along with the proposed NRC and NPR to continue fuelling misgivings about them amongst the Muslims.

Earlier this month, Owaisi had said that Shaheen Bagh may be turned into ‘Jallianwala Bagh’ after February 8, after Delhi elections are concluded. Likening protests against Citizenship Amendment Act to ‘jihad’, AIMIM chief Asaduddin Owaisi had said that those who raise their voice against PM Modi and HM Amit Shah are real ‘mard-e-mujahid’.

Akbarudding Owaisi, the brother of AIMIM chief Asaduddin Owaisi had delivered hate speech in 2013, where he had threatened Hindus with genocide. “We (Muslims) will finish 100 crores Hindus if you remove police across the country for just 15 minutes,” the younger Owaisi had said.