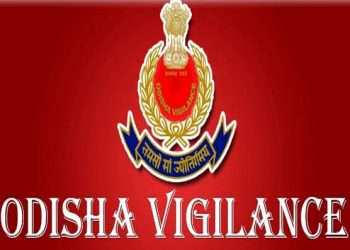 Puri: Vigilance sleuths Wednesday raided multiple places in connection with allegations against Sub Assistant Auditor General of Cooperative Society in Puri on charges of him amassing assets disproportionate to his known sources of income.

The accused has been identified as Rama Krishna Kar, serving as Sub Assistant Auditor General of Cooperative Society, at Puri Audit Circle.

According to a vigilance officer, acting on the allegations against the senior clerk, a team of the anti-corruption wing carried out the raid at four places- a double storied building at Makundaprasad, house of a relative located at Jemadeipur in Khordha, his residence at native village Ramachandrapur, under Rannapur police limits in Nayagarh district and at Kar’s office in Puri.

During the raid, they seized several incriminating documents. The details regarding the total value of assets owned by Kar will be ascertained after the completion of the raids, informed an official. The raid was under way at the time last reports came in.