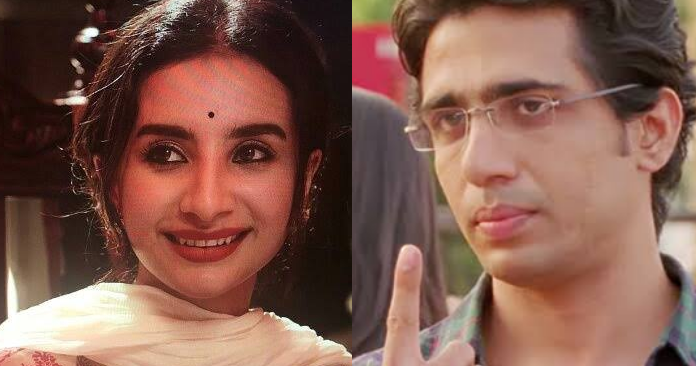 Hey Readers! Welcome back to Desi Humor. Bollywood is an extremely unpredictable Industry. And especially when it comes to careers, it can make it or break it in a second. Where on one side we’ve seen numerous weak actors getting popular, there are certain talented ones who are still struggling for that fame.

The glamour industry is indeed tough to survive. One needs potential, talent, hard work and loads of patience to carve their success on the cliche. Where all of us are known to many good names in the industry, there are some talented folks who are still left unnoticed despite all their good roles.

Swipe down as we have brought a spotlight on the strong and Critically acclaimed debutantes, who couldn’t make well in the industry.

You might not remember this name, but surely remember ‘Rohan’ from ‘Udaan’. His debut movie did well on the box office and brought home a very good collection. His acting had no complaints and was appreciated worldwide. Vikramaditya Motwane did launch a brilliant actor but surely he needs more projects to initiate his steps towards success.

This beauty was incredibly appreciated for her looks and her aura. She sneaked into Bollywood after a whole lot of advertisements and brand endorsements. Her first stay in the box office was through ‘Dhool a film by Ashwini Choudhary. She then took up scripts like ‘Dor’ and ‘Manorama Six Feet Under’ but couldn’t convince other directors to fetch herself some more projects. No sooner, she decided to walk out of the industry and opt for social works.

On one end where she is seeking all the attention to her closeness with Rajkumaar Rao, she still needs attention towards her skills. She made an impeccable foray in the industry with her impressive role in ‘Citylight’. Her acting was also appreciated by her appearance in ‘Nanu ki Janu’.We hope she gets more projects.

This star kid is born to the very famous Naseeruddin Shah and Ratna Pathak. He started his journey with ‘Yun Hota Toh Kya Hote but couldn’t walk for long. Being from the film background, acting flows in his veins. He did perform well in his other films namely ‘Dil Dosti’ and ‘M Cream’ but destiny didn’t seem to be in his favor. Now, this talent is long lost behind the screen.

She took over all the applauds when she showed up as ‘Paro’ in ‘Dev. D’. She was immensely praised for her role and was offered some other parallel characters. Yet, her presence went missing for quite a while. No sooner, fans spotted her in Punjabi movies. Bollywood lost a really fine actor but the Punjabi industry surely found one.

Making a debut from a woman-oriented film and collecting equal appreciation is tougher than it seems to be. Tahir started against already popular co-star Rani Mukherjee in ‘Mardaani’. The movie depicted a case of human trafficking racket. He took a very challenging role and portrayed it to the best of his abilities. Yet, his actions remained unrecognized. Fans have been missing his presence for quite long now. We hope he finds better opportunities and bounces back with a tremendous comeback.

He portrayed an increasingly strong character in his debut film ‘The Girl In Yellow Boots’. The journey of him delivering such impeccable roles went on with movies like ‘Shaitan’, ‘Hunter’ and ‘A Death In Gunj’. Sanjay Leela Bhansali cast him in ‘Ramleela’ and he undoubtedly left an unbelievable mark among the creamy coat of highly successful co-actors. Finding this level of talent, dedication, and hard work is an incredible job. Yet, Bollywood doesn’t seem careful of the fact. We hope this talent won’t go unnoticed for longer.