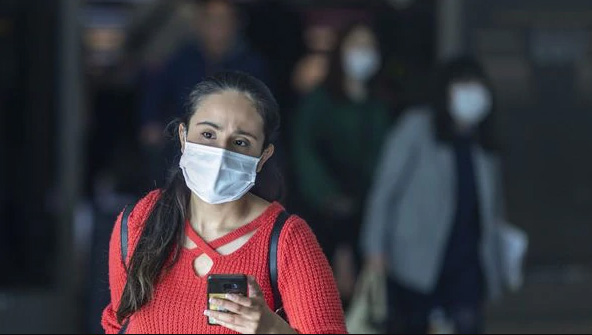 Beijing: An Indian woman techie has appealed to the Indian government to evacuate her from China’s virus-hit Wuhan city, days after she was stopped from boarding the special New Delhi-bound flights due to high body temperature.

The woman was among 10 Indians who were stopped from boarding the special Air Indian flights last Friday and Saturday organised by the India government to evacuate stranded Indians from Wuhan.

The Indian Embassy however is in touch with the Indians who could not be evacuated along with 647 others. One of them, Annem Jyothi hailing from Kurnool district in Andhra Pradesh, made a video appeal to the government to arrange her exit from the city, saying that her body temperature is normal now and she is fit to travel.

Jyothi was part of a group of 58 Indian employees of a Chinese electronic company to board the Friday flight. While others made it, she and her colleague could not do so due to high body temperatures, she is seen saying in the video.

“We are asked to stop and not to take the flight. They (authorities) said that we can take the next flight. But today (Saturday) in the afternoon they called and said that we were not even allowed to take that flight because of yesterday’s body check…We are stuck,” said the masked young woman who is in her 20s.

Two Indian students – Ajith, a student from Bihar, and Manzoor from Kashmir – who were stopped due to the same reason also said they have no fever now.

Indian Ambassador to China Vikram Misri said about 100 Indians may still be residing in Hubei province. Twenty-five Indians reportedly preferred to stay back when they were approached by the Indian Embassy for evacuation.

Indian officials here said they are in touch with the 10 stranded Indians. It appears that their evacuation may be difficult as the city and the province where the virus is increasingly turning virulent have been virtually sealed.

China’s National Health Commission said Monday the death toll from the virus outbreak rose to 361 on Sunday while 2,829 new cases of coronavirus were reported nationwide February 2, taking the total number of infected people to 17,205.