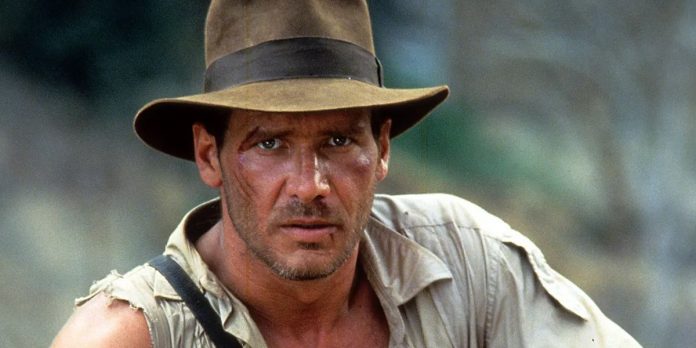 Steven Spielberg is saying farewell to the Indiana Jones franchise. No longer will Spielberg direct the next Indiana Jones sequel, which was on track to start shooting in two months. The script isn’t in perfect shape yet, but Spielberg stepped down for non-creative reasons. Apparently, the filmmaker thinks the character needs a fresh, new vision for perhaps the final chapter. Which is why acclaimed director James Mangold, who’s coming off of Logan and Ford v. Ferrari hot, may takeover the director’s chair.

It’s a shame Spielberg won’t tell another Indiana Jones story. It’s been his franchise and his vision, plus George Lucas’, so why not visualize the end? It could’ve been Spielberg’s The Irishman: an adventure movie that encapsulates a filmmaker’s past and present.

Variety broke the story of the filmmaker’s departure from the franchise. Spielberg, who’s now working on Disney’s West Side Story remake, will remain involved as a producer. For whatever reason, Spielberg believes the next Indiana Jones movie needs a new vision.

Mangold is a Solid Pick

To Disney and Spielberg, that vision should come from director James Mangold. He’s in talks at the moment to direct the fifth Indy movie. A deal hasn’t been closed yet, though. For the last few years, Mangold has been more in-demand than ever as a filmmaker. He’s been making adult and hit movies throughout his career, but with Logan and Ford v Ferrari, he went to another level as a storyteller. Mangold was possibly going to direct a Bob Dylan biopic next or reteam with Matt Damon for an adaptation of author Don Winslow’s “The Force,” but either of those may have to wait.

Why Mangold is Also an Odd Pick

It’s strange that Spielberg wanted to pass the torch to a new filmmaker to reach a new generation and chose Mangold. He’s a wildly talented filmmaker, no question, but he’s a very old-school filmmaker, too. Even Logan is a ‘70s throwback picture in many ways. What’s entertaining about Mangold as a filmmaker is that his sensibilities are older and more refined. He’s a much younger man than Spielberg, but they both have a reverence for the past in their work.

As far as making a more modern or fresh Indiana Jones, Mangold is a surprising pick. As exceptional as his movies are, they’re not spectacularly fun pieces of escapism like Indiana Jones. They’re not awe-inspiring or jaw-dropping, which is what Jones needs and why Spielberg’s magic touch was perfect for the character. None of this is to discount Mangold as a filmmaker, but there’s a certain level of joy and majesticness needed for Indy that’s not his style as a filmmaker. Then again, Mangold is an adaptable and evolving director, so maybe he’d soar and create a similar sense of wonder as Spielberg.

The change in filmmakers will result in another delay for the untitled Indiana Jones picture. Originally, the sequel was going to come out this summer on July 19, 2019. It was delayed a year to July 10, 2020. Then it was postponed again to July 9, 2021. Now, another delay is inevitable. As Harrison Ford recently said, the script and scheduling need work. The star doesn’t want to do it unless it’s 100% right, perhaps unlike Indiana Jones and the Kingdom of the Crystal Skull.

Franchise alum David Koepp wrote the original script for the sequel, which Jonathan Kasdan (Solo: A Star Wars Story) is now rewriting. Both Disney and Spielberg declined to comment on the latest development of the sequel, which we should expect to hear more about in the coming months. A 2021 release date may not be unlikely if production moves promptly, but why rush? A 2022 release is more likely, but we’ll see what happens.