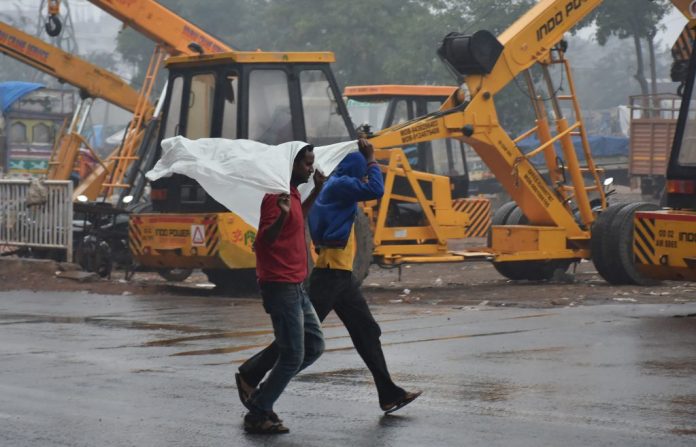 Bhubaneswar: Most parts of Odisha including the state capital Wednesday experienced light to moderate rainfall due to a cyclonic circulation and similar condition is likely to continue till Sunday, the MeT department said.
Light to moderate rainfall has occurred at many places in the interior districts of Odisha and at one or two places in coastal Odisha, the MeT office said in a bulletin.

Sonepur and Rairakhol in Sambalpur district, Kankadahad in Dhenkanal district, Birmaharajpur in Sonepur district and some other places have received 2 cm rainfall each, it said.

The MeT office also predicted thunderstorms with lightning at one or two places in Bolangir, Boudh, Kandhamal, Sonepur, Angul, Nayagarh, Cuttack, Deogarh and Keonjhar districts and in some parts of coastal Odisha Wednesday under the influence of a cyclonic circulation. Besides, there will be dense fog at one or two places in Rayagada, Kalahandi and Kandhamal districts during the period, it said.

Similarly, light to moderate rain or thundershowers will occur at a few places in coastal Odisha and at one or two places in the interior districts of the state Thursday.

On Friday, there will be thunderstorms with lightning at one or two places in Sundargarh, Jharsuguda, Sonepur, Boudh, Angul, Dhenkanal, Keonjhar, Mayurbhanj, Kalahandi, Rayagada, Deogarh, Ganjam and Kandhamal districts.